Scripture can be interpreted in numerous ways depending on a person's life experience, their depth of knowledge of ancient people and the circumstances they live in as part of today's society. Here are some Bible studies that people of the Great Plains may find useful as they strive to understand scriptures and better understand the circumstances facing the church and the people known as United Methodists.

“Faithful and Inclusive: The Bible, Sexuality,
and the United Methodist Church” 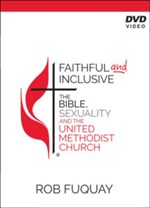 The six-part video series evolved out of study sessions that Fuquay led in his church. Unable to find United Methodist curriculum that addresses the handful of Bible passages used to form church policy, Fuquay developed his own, employing a Wesleyan approach to biblical interpretation.

Adapted from those church sessions, the video series is designed to help participants learn what the Bible says and then form their own opinions. All six parts allow ample time for thoughtful discussion, as well as moving faith stories of LGBTQ United Methodists and their family members. The study is intended for Sunday school classes and other small groups, but it also can be modified to be used congregation-wide.

Learn more from the Institute for Discipleship. 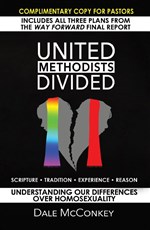 The United Methodist Church is facing its most significant challenge since becoming a denomination 50 years ago. At the center of the debate is a polarizing difference of opinion – based largely on interpretations of the Bible and corresponding church doctrine – on human sexuality.

Dale McConkey is an associate professor of sociology at Berry College near Rome, Georgia, and is pastor of Mount Tabor United Methodist Church in Armuchee, Georgia. In this recently released book, he attempts to provide a balanced look at the progressive and traditionalist stances on homosexuality through the lenses of the Wesleyan Quadrilateral – scripture, tradition, experience and reason.

The book can be used as a guide, textbook or the basis for a small-group discussion, thanks to the inclusion of discussion questions found at the end of each of the six chapters.

Read the summary of the book.

Order your own copy. 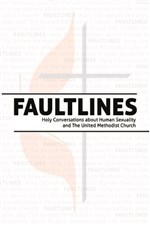 Holy Conversations about Human Sexuality and The United Methodist Church

This book serves as a catalog of small-group studies, Sunday school curriculum and books for contemplation from Abingdon Press. In all, 10 books are previewed, and outlines of for how they may be used is included with each description. 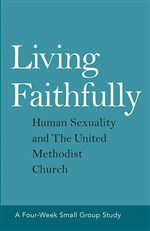 If you’re at a loss about how to start an objective dialogue with your congregation about what it means to be the Church when it comes to homosexuality, same-gender marriage, and the ordination of LGBTQ persons, you are in good United Methodist company. Living Faithfully, a four-week, small-group study, and part of the Faultlines collection of books, was created especially for United Methodist pastors to use as they guide their congregations through discussions about these emotionally charged and highly divisive issues in a way that encourages openness, humility, a spirit of grace, and above all, love for fellow group members. Although diverse viewpoints provide multiple lenses through which to consider different perspectives, the study is based on Scripture from start to finish and includes a comprehensive Leader Guide with everything needed to implement this important study easily.

Making Sense of the Bible 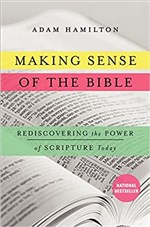 Denominations from evangelical to mainline continue to experience deep divisions over universal social issues. The underlying debate isn’t about a particular social issue, but instead it is about how we understand the nature of scripture and how we should interpret it. The world’s bestselling, most-read, and most-loved book is also one of the most confusing. In "Making Sense of the Bible," the Rev. Adam Hamilton addresses the hot-button issues that plague the church and cultural debate, and answers many of the questions frequently asked by Christians and non-Christians alike.

Seeing Gray in a World of Black and White 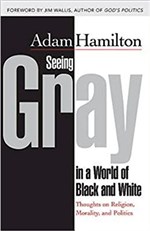 Many people agree that America is polarized, with ever-hardening positions held by people less and less willing to listen to one another. The topic hardly seems to matter, as people dig into the trench that fits their view of the world. Few people agree on what to do about it. One solution that hasn’t yet been tried, says the Rev. Adam Hamilton, is for thinking persons of faith to model for the rest of the country a richer, more thoughtful conversation on the political, moral and religious issues that divide us. Hamilton rejects the easy assumptions and sloppy analysis of black-and-white thinking, seeking instead the truth that resides on all sides of the issues, and offering a faithful and compassionate way forward.