The 2015 Great Plains Annual Conference Session was June 10-13, at the Century II Convention Center in Wichita, Kansas. The session featured Minnesota Conference Bishop Bruce Ough and Ms. Stephanie Hixon, executive director of JustPeace. Preachings and teachings focused on unity in the midst of controversy and change. The 2015 conference agenda included voting for delegates to the 2016 General Conference, as well as the usual business of the annual conference session. Guests played a role in teaching attendees the Wesleyan way of being Christians in holy conversations.

To receive daily recaps via email, subscribe to "GPconnect."

All photos are coming soon. In the meantime, visit our Facebook page, facebook.com/greatplainsumc, to view some of the photos.

Report of the Treasurer 2015

Statement from Bishop Jones regarding Petition 7

Lay delegate profiles (all on one PDF)

Clergy delegate profiles (all on one PDF)

The Great Plains Annual Conference elected delegates and alternates for the 2016 General and Jurisdictional conferences.

Clergy members elected to the General Conference were:

Clergy members elected to the Jurisdictional Conference were:

Clergy delegates voted to serve as alternates were:

The lay delegates elected to the General Conference were:

Lay delegates elected to the Jurisdictional Conference were:

Lay delegates voted to serve as alternates were: 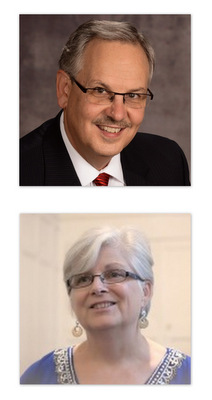 Executive director of JustPeace Center for Mediation and Conflict Transformation in the UMC, co-author of The Journey: Forgiveness, Restorative Justice and Reconciliation, and trained facilitator in severely conflicted situations, Stephanie Hixon has extensive experience with strategies and processes to assist institutions and communities to foster environments of mutual respect and regard for all people. Stephanie believes local churches can be centers of relational healing and peace building for their members as well as the neighborhoods in which they reside.

As Christians we are called to a life-long journey of practicing forgiveness, justice and reconciliation in our relational lives. Stephanie's study book, published by the Women's Division of the United Methodist Church, takes restorative justice from spiritual concept to tangible, practical life skill.