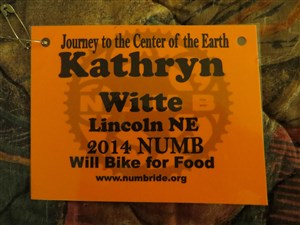 There are 144 riders represented in the group. Thirty-six are riding NUMB for the first time. There are 56 women riding this year.

Now in its 19th year, to date more than $650,000 has been raised for hunger projects. Ride Director Bill Ritter told about delivering the checks to the Heartland and Lincoln Food Banks last year and noted that the food banks serve all 93 counties in the Nebraska and that the ride has covered all 93 counties in its many-year history. Additionally Bread for the World, Heifer Project and Advance for the World (teaching African farmers best practices) are the places earmarked to receive funds. See a variety of fabrics as they come together in her glorious contentment of fabric colors.

Popular songs greeted riders as they entered the Holdrege UMC sanctuary. The Rev. Jeff Adams offered up the church ground to campers in order to be close to restrooms and water. The group will meet at the church at 6 a.m. for breakfast before heading out for the day's ride. 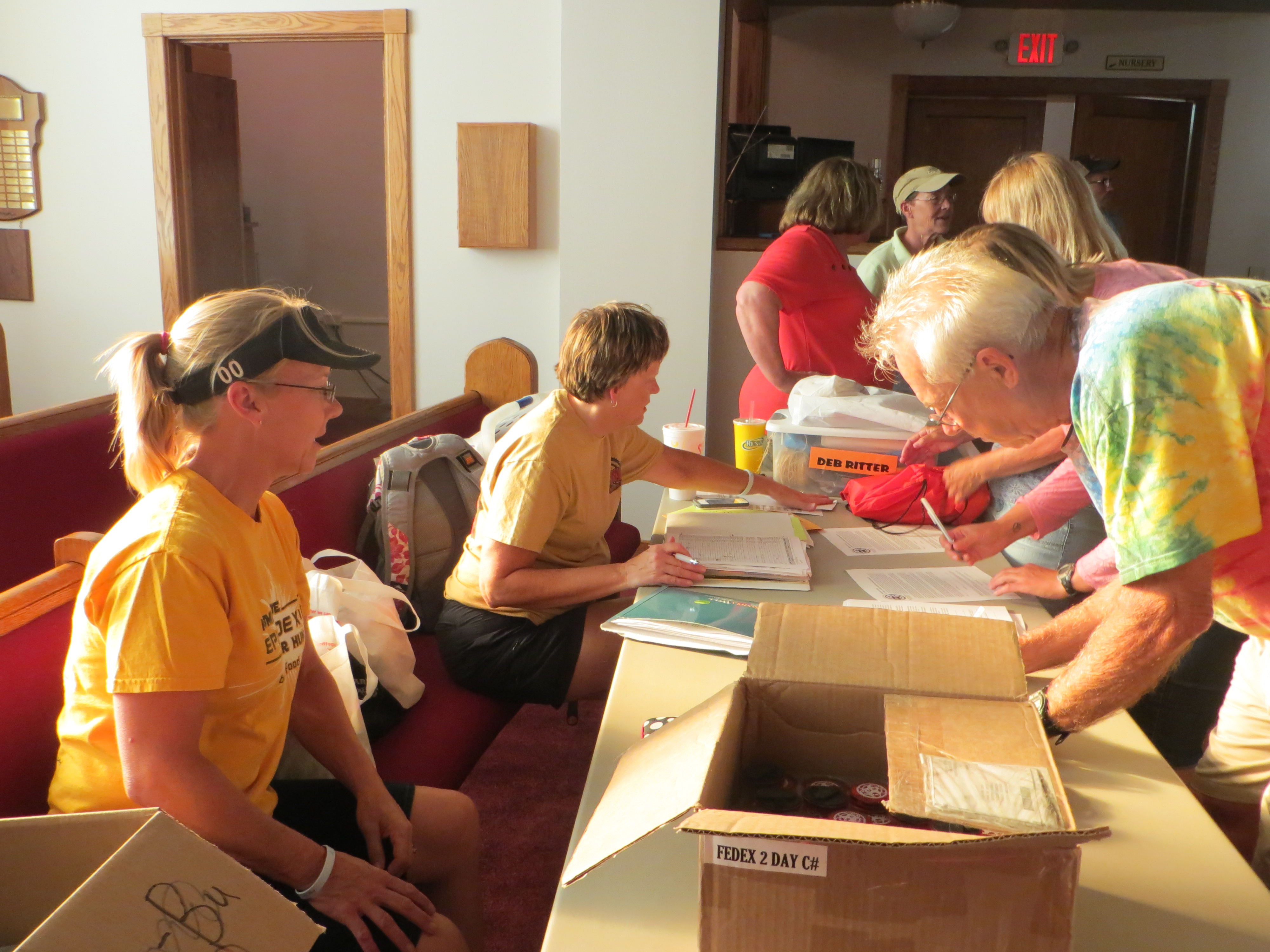 Registration continued in the back of the church, while the music played and folks visited.

I have some photo album posts on my Facebook page.