1 Samuel 7:12
"Then Samuel took a stone and set it up between Mizpah and Shen. He named it Ebenezer, saying, 'Thus far has the LORD helped us.'"

Mrs. Nyemba described it as the fruition of a vision of Bishop Nhiwatiwa to bring everybody together to praise God. A processional of each district and their clergy began the day.

Messages focused on everything from opening a new page in the church, to pressing on to perfection, to practicing the fruits of the spirit and more.

The 1,000 Voices Choir offered spectacular renderings of Zimbabwean hymns. The energy of the praise groups was appreciated and admired as the Spirit of The Lord moved through the National Sports Stadium. The stadium grew in attendance throughout the day and reached nearly 40,000+ by end of the afternoon. The evening crowed looked to number about 10-15,000 as temperatures cooled.

Planners expect the stadium to be at capacity over the weekend as the clergy begin their procession at 8 a.m. on Saturday with all night preaching and a closing worship at 6 a.m. on Sunday.

Video and a photo from Bishop Jones 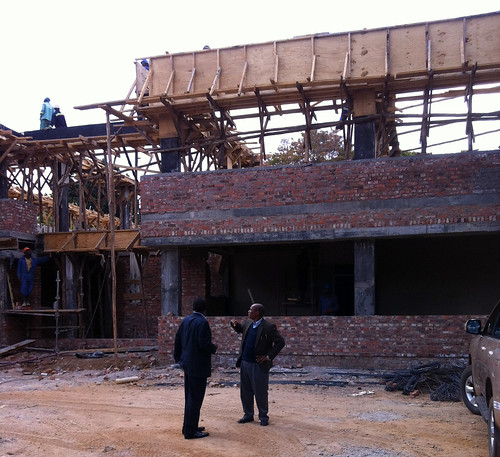