"You don't respect me you don't know who I am," said Mrs. Miriam 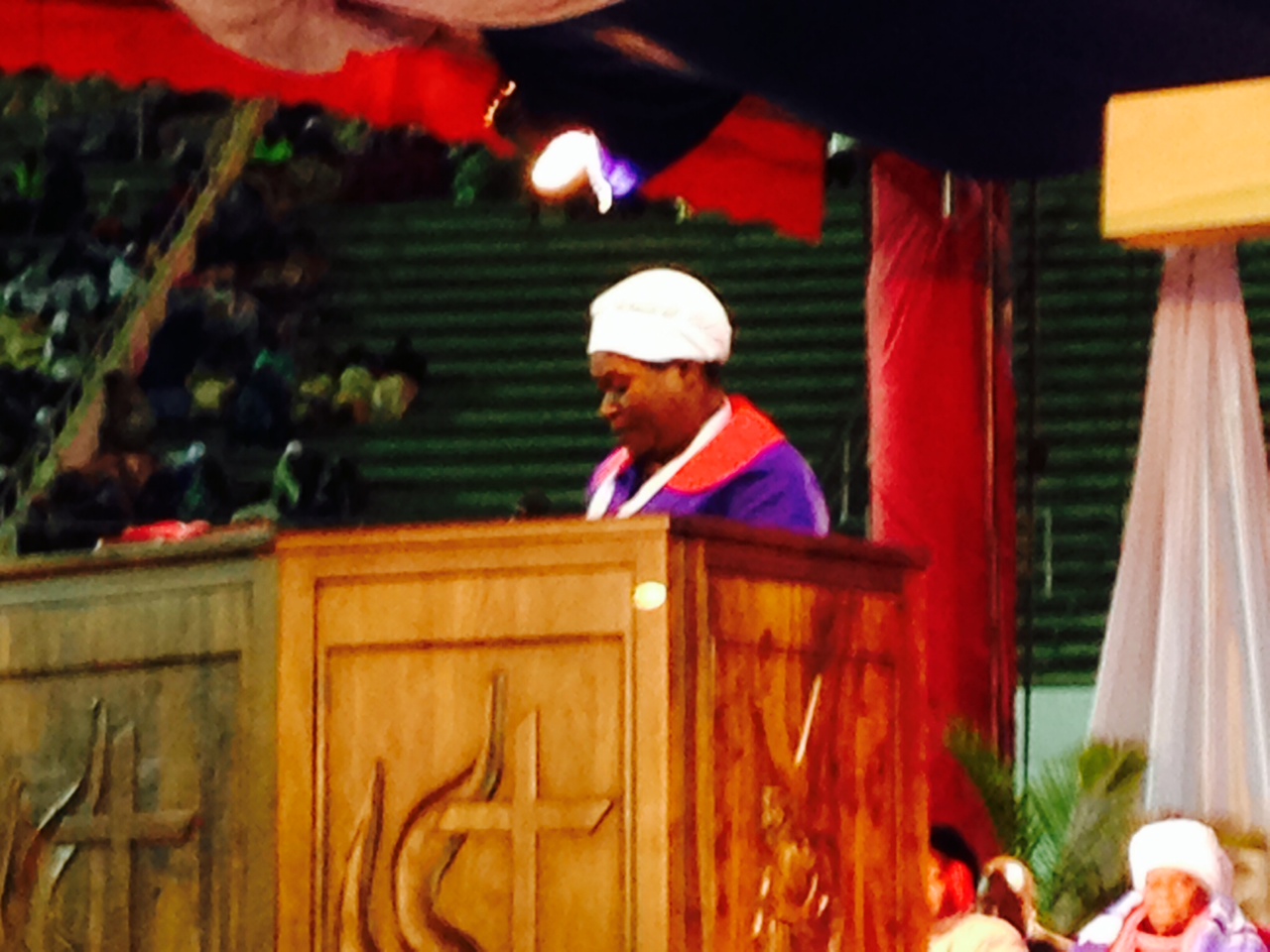 Mackenzie (at right), a noted evangelist from Zimbabwe.

In short, she exhorted Ebenezer Convention attendees to live an upright life, to model Christian living in order to live without sin. She said a life of Christian practice and prayer will bring about a Christian world where children are respectful and adults show leadership in the Spirit of God. Mackenzie was slated to preach from 1-2:30 a.m., Sunday. She concluded around 2:45.

After getting behind by about an hour earlier in the day, a shortened dinner hour seems to have helped put the schedule on track.

The "day" began at 8 a.m., with a morning procession of district clergy and the episcopal leaders.

The children's choir performance was followed by two amazing child-preachers. 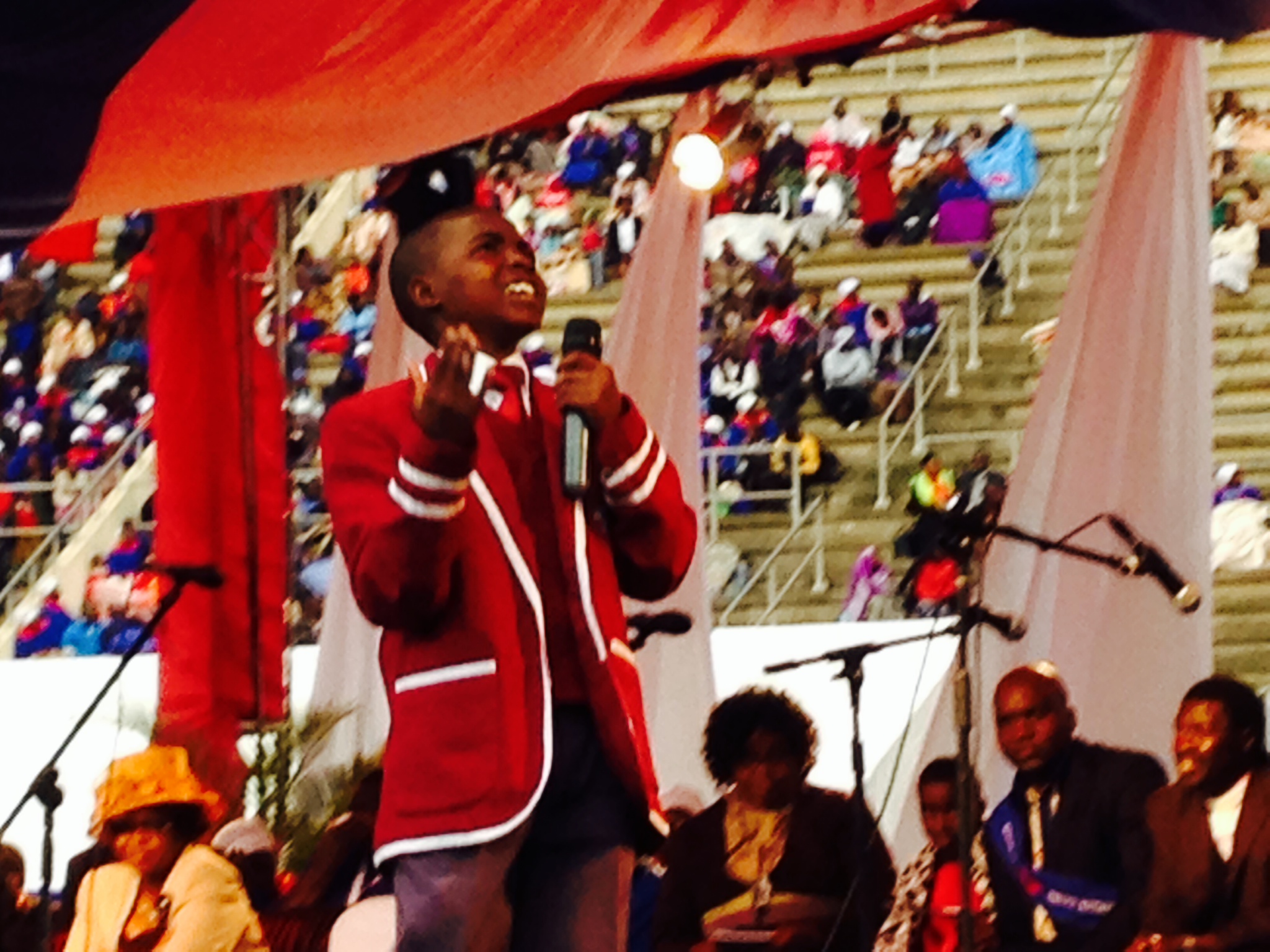 The young man invoked the 1 Samuel 7:12 scripture and exceeded the preaching skill of many an adult pastor. He asked the crowd to renounce sin and turn to God. To embrace the Ebenezer stone as an opportunity for growth as a dynamic church embracing its youth as vital contributors to the ministry of the church.

Chelsea Chipendo preached from Joshua 6:1-15 and the story of the fall of the walls of Jericho. Noting that God directed Joshua to march around the city for six days with all his men with seven priests carrying trumpets of rams' horns in front of the ark. On the seventh day the men were to march around the city seven times with the priests blowing the trumpets prompting loud shouts from the people to collapse the walls of Jericho. Chipendo likened our lives to a series of walls (sin, challenges, sickness and strife) to be surrounded by prayer and the strength of the Holy Spirit to make our own real and imagined walls fall down in order to live a Christian life.

There are a couple of video recorded sermons I hope to be able to have closed captioned with English subtitles (we'll see). I'm especially interested in the tithing sermon by Mr. B. Banda. Bishop Jones was impressed and so I'd like to be able to share it more widely to our Great Plains audience.

Good night, or is it good morning? :)