“Let the little children come to me, and do not stop them…”

When I served at Lovers Lane UMC in Dallas, Texas, one of the large congregations in the Dallas area, I learned one thing when it comes to big events! You always want to invite a famous person to come preach or speak at a big gathering. So, in meetings you discuss names of famous preachers, professors and authors. The idea is that you will draw a big crowd when people learn it is someone famous who is the speaker.

This past summer when we traveled to Zimbabwe for the Ebenezer convention, I wondered who the famous preachers were going to be. The Bishops preached, the District Superintendents preached and some great lay preachers preached as well. Then, on Saturday afternoon, we were introduced to a young lady, about 12 years old. There she was, a very tiny person, dressed in red, holding a wireless microphone as she greeted the crowd. Many of us were curious as to what this young person would say in front of this big crowd. Her presence came as a surprise because Saturday afternoon is when the Ebenezer gathering reached its highest attendance; a 65,000 seat National Stadium was almost filled to capacity. Some reported that there were a little over 55,000 people on Saturday afternoon. 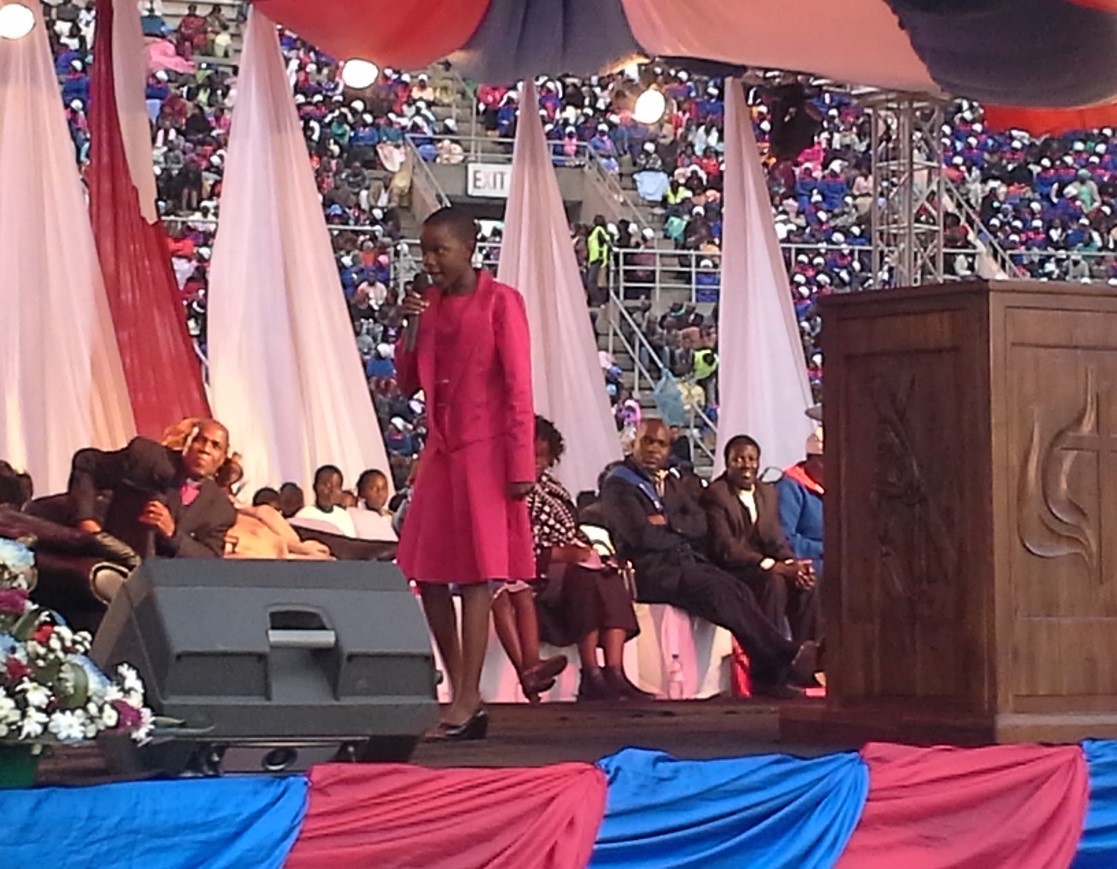 It was in this atmosphere when the young lady took the stage to deliver the message. As we prayed, or rather as we listened to her pray, I was praying and hoping she was going to be able to speak to this huge crowd. I wondered if she would stumble along the way as she delivered the message.
The next few minutes turned to be an experience that I will never forget. The young lady preached for about 45 minutes with passion and enthusiasm. From time to time the crowd would stand shouting halleluiah or join the young preacher in a short chorus that she would start singing. She preached in Shona (a local language of Zimbabwe) and would shift to English occasionally. Did I mention that she did not have any notes?

This was the highlight of my time at the Ebenezer Convention. It struck me and inspired me to revisit the understanding of Luke 18:15-17 in which Jesus encourages us to allow children to play their kingdom role among us. Children are not the church of tomorrow, nor should they come with us to church to simply accompany us. They should be allowed to minister to us, not only on a special a children’s Sunday, but throughout the ecclesiastic year.

Toward the end of the Ebenezer convention, I talked with a lay woman. I asked her what kind of Christian Education raises such strong young disciples. She told me that they have changed the focus of children Sunday school and Christian formation. They realize that children not only are learning what it means to be disciples of Jesus Christ like the adults, but they have gifts for ministry in different areas. Some are gifted with music skills, others with speaking and preaching abilities. Thus, the Zimbabwe Annual Conferences have adjusted their curriculum to include giving time for children to lead some parts of their Sunday school and in worship. I also learned that the young lady who preached at the Convention was also a guest preacher at the UMW event.

“Let the little children come to me, and do not stop them…” could also mean creating room for our children to participate, to lead us in worship, to share what God has done in and through their lives. What if our big events were to include children preachers and singers? What if in our discussions of famous preachers and speakers we were to think of gifted children in our own churches?