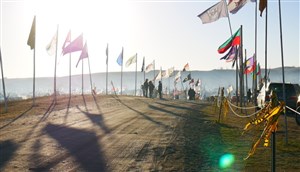 I stand with Standing Rock.

This is a picture I took of Red Warrior Camp while there Nov. 4-6.  The camp is in Standing Rock Reservation directly south of the construction of the Dakota Access Pipeline (DAPL). 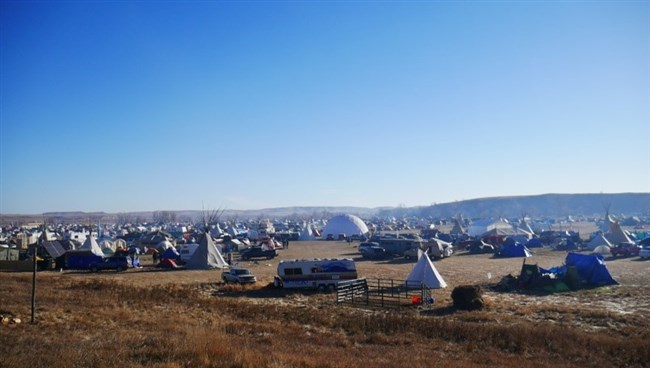 At first glance, the mosaic of heritage, motives, tents, tipis, vehicles, campers, and horse trailers that stretched for miles seemed like chaos — with no rhyme or reason.  But as we entered Red Warrior Camp, a pathway of flags representing different tribes, nations, and beliefs greeted us.  That’s when it hit me —this wasn’t disorder — this is harmony. 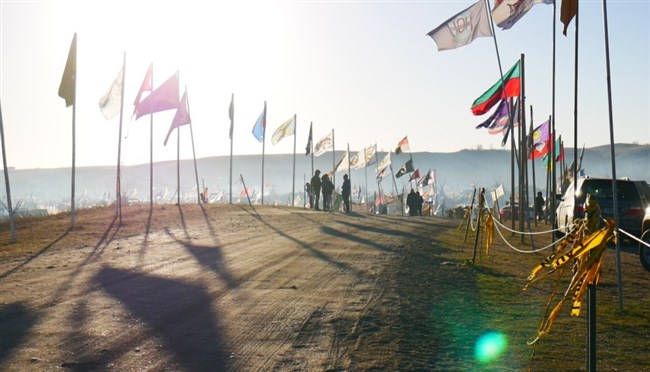 It’s harmony because this is where water protectors, preservers of cultural heritage, and those passionate about social justice rested between their nonviolent direct action efforts. This is where all of us — despite our motives for being there — called “home.”

During a sacred ceremony we welcomed youth from different Native American tribes that had ran from Arizona to Standing Rock as a demonstration against the pipeline. An elder who served in the U.S. Army during Vietnam mentioned that the potential of the next generation reassures him that nonviolence is the correct path to take.  There is hope that leading by example will have a positive impact on youth for the inequality struggles to come.  The whole world is watching to see how Native American people are treated, and how they act during this struggle.

For the hope of the whole world to have justice, the community of the camp was committed to create change through nonviolence.

Signs informed us that “Nonviolent Direct Action Training” was hosted every day and was required before anyone could participate in any direct action efforts. The Sioux tribe of Standing Rock recognizes the importance of remaining nonviolent, despite being responded to with hypothermia inducing water, mace and rubber bullets by the state authorities.

The extent to which these water protectors desired to remain nonviolent is great. We wrote phone numbers to legal aid on our forearms in Sharpie.  Because even though our mission is justice, and even though our actions are peaceful, many protectors have been arrested during direct action. 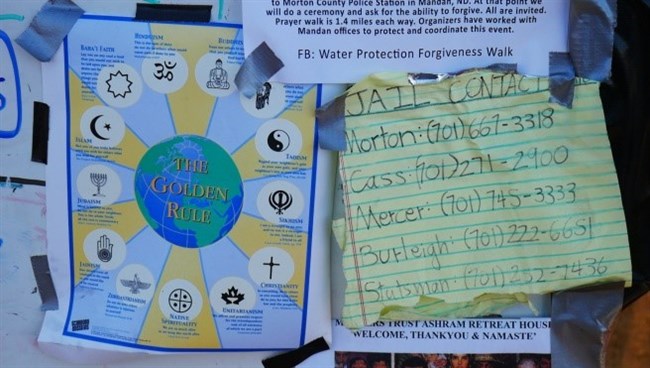 The numbers on our arms became more than just a link to legal aid. It was a visual sign and confirmation that we are willing to stand between injustice and those it harms.  People from not only across the United States, but also around the world, were there to write those ten digits on their arms, were there to use their media in order to share experiences and lift up voices, and were there to stand in the way of injustice.

Because in times of injustice, there’s no room for sitting.  There’s standing room only.

The Army Corps of Engineers has blocked the path of the DAPL through Standing Rock.  However, this doesn’t mean that work against injustice is finished.  We still have to target the structures that allowed an asymmetrical battle between a $3.7 billion project and a group of protectors (with an on-going history of being discriminated against) who made the conscious effort to be nonviolent, to take place.

Here's what we can do: