In Layman’s Terms: Do your political posts reflect your devotion to God? 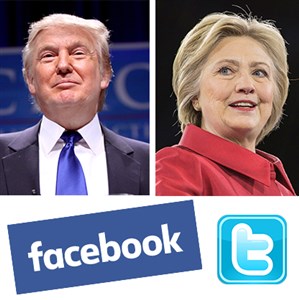 I must confess that I didn’t watch too much of the recent Republican and Democratic conventions. For the first time in my professional life, I didn’t have a deadline to meet with either the front page of a newspaper or a column to provide reaction to what was said on these rather large stages.

Please don’t mistake my lack of being glued to the television with a lack of interest. Indeed, I believe everyone should be paying attention, regardless of their political leanings. The decisions made by the people who govern us impact us all. And though 20 years in the news business have led me to believe that what happens at city hall affects you more on a daily basis, at least in many cases, than what happens in Washington, D.C., there is no doubt that the people we elect to Congress and to the presidency yield a lot of power in our lives.

The reality is most people don’t tune into the presidential race in any kind of detail until the conventions. And it often is not until the conventions that we really start seeing the television advertisements. That’s also when the various campaigns ramp up the rollout of what I call the “proxy hitmen.” These are the folks who take verbal shots at the opponent so their candidate doesn’t have to do so. They point out policy differences and try to poke holes in the opposing candidate’s platform.

It’s also when campaigns start getting more and more ruthless with attacks on the other person’s character.

In the 21st century, this kind of behavior isn’t limited to the campaign. All too often, it seems, people are willing to be character hitmen by proxy via social media. We need only log on to our Facebook accounts to see how brutal it can get. In less than a day of the completion of the Democratic National Convention – the second of the two major parties to gather – folks on my news feed were talking about Donald Trump’s bombastic demeanor and cockiness as well as Hillary Clinton’s lack of ethics and, in their words, criminal activity.

Not a word about why people should support their candidate. Not one positive affirmation of why either Trump or Clinton deserve my vote. It was all negative stuff, apparently aimed at the axiom of building up a candidate by tearing the other down.

Only this time, it’s not the campaigns doing it, but rather the average folks spread across the country.

It’s enough to give a person political fatigue – and it’s only August.

I find myself wondering just how many of those people would have the guts to say face to face what they post online while sitting in their recliner at home. My guess is not many of them would verbally state in the open what they post on Facebook or on Twitter.

There appears to be a bigger crisis of conscience when a person has to say something out loud.

I offer up some good advice from the book of James. It’s a short New Testament book –  just five chapters long but full of good advice for those of us trying to live this ideal that is Christianity.

James 1:26 makes us take a good, long look in the mirror about how we live our faith. It says: “If those who claim devotion to God don’t control what they say, they mislead themselves. Their devotion is worthless.”

James 4:11-12 gets more specific: “Brothers and sisters, don’t say evil things about each other. Whoever insults or criticizes a brother or sister insults and criticizes the Law. If you find fault with the Law, you are not a doer of the Law but a judge over it. There is only one lawgiver and judge, and he is able to save and to destroy. But you who judge your neighbor, who are you?”

Don’t misunderstand me. We are allowed to disagree. We don’t all have to be in the same political camp. Good thing. Remember, as United Methodists we count among our members former President George W. Bush, a Republican, and current Democratic candidate Hillary Clinton.

But we can disagree in a cordial way.

A secular takeaway that I hope you receive from these thoughts is that you post the positives about the candidate you’re backing and not tear down the opponent.

The spiritual takeaway I hope you receive is that prior to posting anything on social media – regardless of political party – ask yourself whether what you are sharing passes the muster of showing devotion to God.

Todd Seifert is communications director for the Great Plains Conference of the United Methodist Church. He can be reached via phone at 402-464-5994, ext. 113, or via email at tseifert@greatplainsumc.org. Opinions expressed are the author's alone and do not necessarily reflect the views of the Great Plains Annual Conference or the United Methodist Church.