In Layman's Terms: Churches can fill the gap in our communities 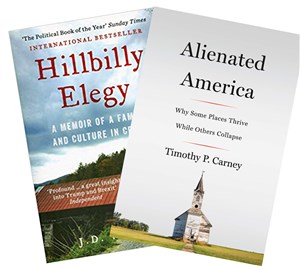 I set a goal for 2019 to read 30 books throughout the year. I didn’t know what topics I would choose, mostly because my tastes change from time to time, and I didn’t want to pin myself down to a particular genre. I also don’t take into account my daily Bible reading and devotion time.

As we near the halfway mark of the year, I am nearly at the halfway mark toward my goal. I am midway through book No. 15. The mixture so far has included a true crime novel about a prison break from the federal penitentiary in Leavenworth, several fiction novels, a lengthy but riveting account of U.S. presidents during wartime, a book that challenges how readers think about race, and church-related books about communicating change and virtues of growing congregations.

Along the way, I’ve also read my monthly National Geographic magazines cover to cover. Because of the intensity of the reading for that publication, I count three of them as one book (January to March) among my running total.

The latest books I’ve read include two that attempt to help readers understand the circumstances of our political and societal life in the 21st century. I’m a bit behind the times, so neither of these may be new to many of you. The first is “Hillbilly Elegy,” by J.D. Vance. And the book I’m reading right now is “Alienated America,” by Timothy P. Carney. Together, these books have helped me see how important relationships are in our society.

Vance’s book is an account of a native Kentuckian — actually many people originally from Kentucky — and how life changed in some ways and remained the same in others upon moving to Ohio in search of a better life. It’s a book about nearly losing hope, about pessimism and about lack of support.

It’s pure happenstance that I then turned to Carney’s interesting attempt to explain the way the 2016 presidential election moved to Donald Trump. In all honesty, the Lawrence Public Library simply sent me an email that this book, which I placed on hold months ago, was finally ready for me to pick up.

Before I go any further, I want to be clear that I am not writing this post as an anti-Trump reflection. It’s true that I don’t agree with many of his policies, and it’s even more true that I take issue with him running fast and loose with the truth on such trivial things as crowd sizes and easily verifiable statistics. But I do agree with some of his policies. And though Carney does dive into how Trump won the Republican nomination, what the author uncovers is actually something much more profound — and ominous — than the result of a single election.

By analyzing caucus and primary results on a county-by-county level, Carney actually is trying to figure out who in the United States truly believes the American Dream is dead. Regardless of what some people may think of our president, as a former journalist and student of politics, I think you have to admire the strategy that landed Trump in the White House.

Carney discovered that this belief that the American Dream is dead is only due in part to economic struggles and even less based on urban versus rural dynamics, a common misconception. It turns out the places Carney studied where there is the least amount of hope correlates to where there has been a significant loss of civic organizations — bowling leagues, Kiwanis and Rotary clubs, PTA participation and, yes, church attendance.

As I write this blog, I am preparing to read a chapter specific to the role of churches. But I can already tell where this is story is leading. Fewer participants in church mean churches close. And closed churches leave a void in the community.

What exactly is missing when civic organizations such as churches shudder? Connections. A sense of community. Vital relationships.

Carney’s premise is that these civic relationships are what help neighbors endure difficult times. When something catastrophic happens, people can either feel hopeless, as many do these days. Or they can feel the love and care that comes from people around them lending a hand, saying a prayer, providing a shoulder to cry upon.

Carney’s not trying to make a biblical argument, but so far he’s doing quite well at just that.

I’ve been studying Galatians for a few weeks now in preparation for my Sunday school class later this summer. A few verses from Chapter 6 really stick out in light of reading “Hillbilly Elegy” and “Alienated America.”

Verse 2 states, “Carry each other’s burdens and so you will fulfill the law of Christ.” Verse 10 states, “So then, let’s work for the good of all whenever we have an opportunity, and especially for those in the household of faith.”

Much like how these civic organizations used to foster a sense of community, we as Christians are called to carry our neighbor’s burdens. We are called to work for the good of all people.

In “Hillbilly Elegy,” Vance writes about his upbringing in a challenging home where there was never enough money and lots of potentially poor influences. There was no safety net in the community the author grew up in from an early age. A lone exception would be a grandmother who saw an opportunity to break the cycle of men not living up to potential in their family. She took a special interest in the author, who eventually would serve in the U.S. Marines and then go to law school.

The author says if not for his grandmother, he’s not sure where he would have ended up in life. She carried his burden and worked for the good of her grandson.

In “Alienated America,” Carney so far hasn’t talked about how to restore what our country has lost. I suspect he’ll share some ideas, but perhaps not. I know it will be a few days before I get to the end and know the answer.

But his discovery shared early on in the book seems to match up with my understanding of at least part of Galatians Chapter 6. We may not have much to say about a reinstitution of bowling leagues, Rotary Clubs or push the involvement in the PTA at schools. But as United Methodists we can have a lot to say about our churches being the glue that holds communities together, that provide a sense of community from rural towns to urban areas.

How can we recapture the church’s place as a place people turn not just in a time of crisis but when they simply want companionship, when they want to help their community or when they want a renewed sense of purpose?

This is the basic premise behind the Fresh Expressions movement the Great Plains Conference is embracing for our local churches across Kansas and Nebraska. At its heart, this way of thinking about “being the church” is less about a new idea and more about new tactics. The community church has been and can regain its role as a center for society in any given area. Once again, the church can be where people turn to meet others, foster relationships and grow their circle of friends and neighbors.

Fresh Expressions is a form of church established primarily for the benefit of people who are not yet members of any faith community. These new communities of faith primarily are led by laity and happen beyond the church campus. They evolve through listening, service, contextual mission and making disciples. But they start with the development of relationships over meals, through hobbies or because of shared passions in the community.

Just as Carney suggests in “Alienated America,” or at least as I’ve been reading it, we have to ask how churches can become reinvigorated and, once again, a vital part of the social fabric of a small town, city or an entire county.

Fresh Expressions holds to the long-established premise that the most effective way to reach people is to build relationships with them. These relationships help people feel a sense of community, of having a safety net, of feeling at ease and in partnership with the people around them. Those points have been true for many years and remain true today.

But Fresh Expressions also turns the page to the 21st century. Long gone are the days of opening the doors and waiting for new people to walk into the church. Now, we must follow Jesus’ example much more closely and go to the people, where they are, to meet them in their circumstances.

You see, it doesn’t matter where the church is located — in a 100-year-old-plus building, in a strip mall, in a restaurant or at that bowling alley where the leagues used to foster the civic culture of an area. What matters is the relationships that can be built so that those relationships become a foundation for the sense of community built among people who know, care for and trust each other.

It’s no secret that we are facing huge challenges over differences in theology regarding human sexuality. But if we acknowledge the words from the Apostle Paul from his letter to the churches in Galatia, we are expected to carry each other’s burdens. We are expected to work for the good of all in our communities.

Our churches can and should be the hubs for those vital relationships that build the sense of community which, in turn, allows us to show people the American Dream isn’t dead after all. More importantly, those relationships allow us the opportunity to show people who don’t yet know Christ there is profound hope in the love of Jesus, a savior who died for them and who is still very much alive.


Todd Seifert is communications director for the Great Plains Conference of the United Methodist Church. He can be reached via phone at 785-414-4224, or via email at tseifert@greatplainsumc.org. Opinions expressed are the author's alone and do not necessarily reflect the views of the Great Plains Annual Conference or The United Methodist Church. Follow him on Twitter, @ToddSeifert.