I had the privilege of seeing what I think is an efficient model of church democracy take place last week in Oklahoma City. That’s where delegates to the General Conference and South Central Jurisdictional Conference gathered for three days of meetings leading up to those big events.

Full disclosure: I missed the final day, the time set aside for delegates to hear about legislation coming to the General Conference in May in Minneapolis. I had heard that information before at a special meeting in January. You can view videos of the presentations from that January event on the Great Plains website:

Learn about news from the recent South Central Jurisdiction Committee on the Episcopacy.
My main reason for being there — the only one, really — was to assist the Great Plains delegation by recording interviews with most of the episcopal candidates offering themselves for the role of bishop in our jurisdiction. Some delegates could not attend, while others could only attend for part of the time.

While this kind of meeting of delegates happens every four years to learn about General Conference matters, I think it’s fair to say this year’s gathering was a bit of an experiment. Instead of episcopal candidates — six so far — traveling to each annual conference for interviews, this time the delegates assembled a couple of days early so candidates could go room by room to each conference and answer questions meant to help delegates decide for whom they will vote come July at the South Central Jurisdictional Conference in the Houston area. Shout out to the Rev. Amy Lippoldt from the Great Plains delegation for figuring out the logistics of scheduling 45-minute interviews for six candidates with representatives from 11 episcopal areas — Arkansas, Central Texas, the Great Plains, Louisiana, Missouri, North Texas, Northwest Texas/New Mexico, Oklahoma Indian Missionary, Oklahoma, Rio Texas and Texas. 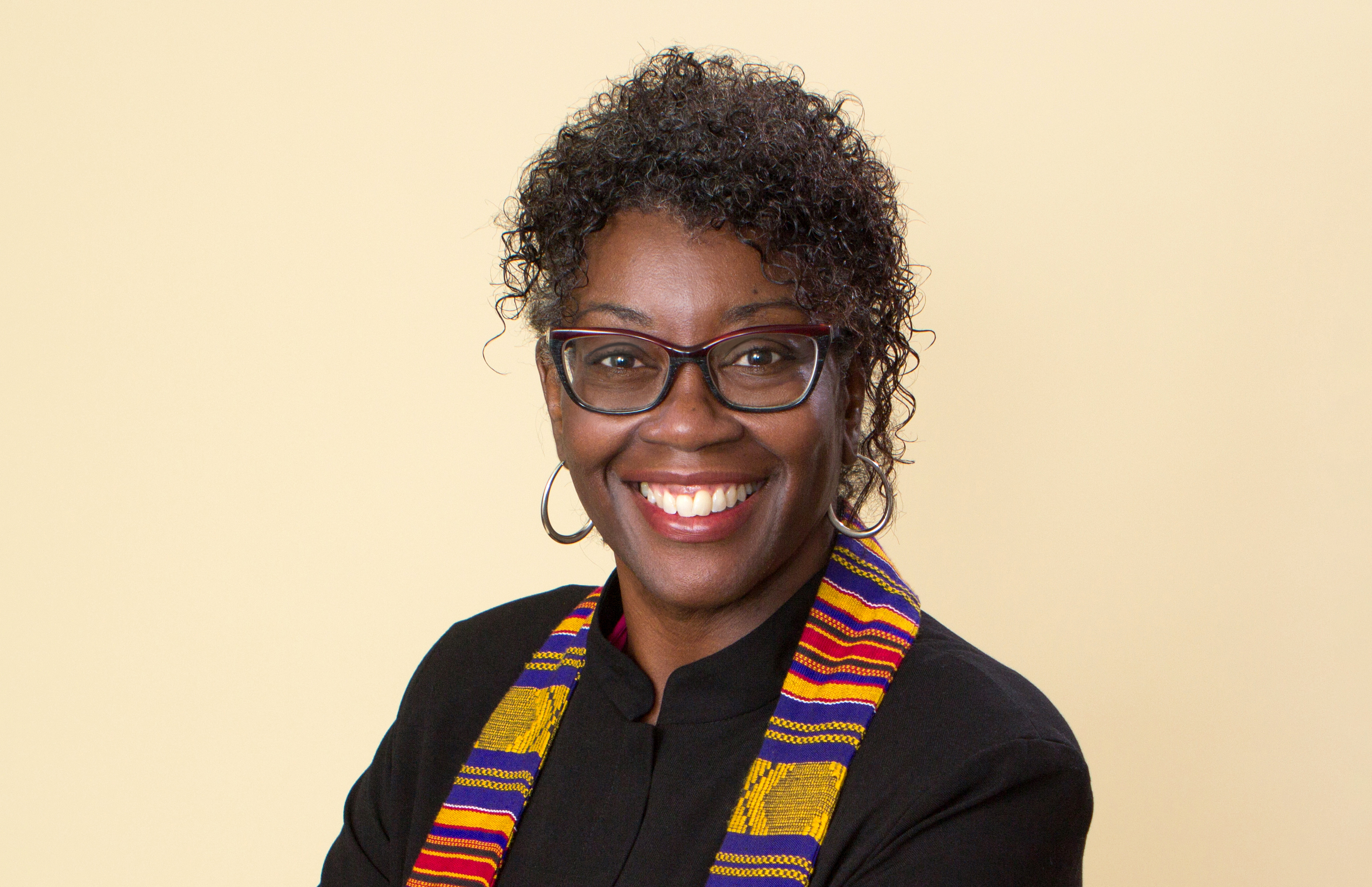 Read more about the Rev. Dee Williamston, district superintendent for the Salina and part of the Hays districts, who is an episcopal candidate in this story by David Burke.


Our own Rev. Dee Williamston, district superintendent for the Salina and part of the Hays districts, is among those six candidates. She was the only candidate the Great Plains’ delegates did not interview in Oklahoma City. That’s because she went through that process with our group a few months back and received an all-important endorsement from the Great Plains delegates.

As I said, my job was to record the interviews on video. These are not public meetings, so the recordings are just for the delegates. But I wanted to share a bit about my experiences to give you a flavor of what this experience was like while also not betraying confidences so the delegations can do this critical work.

In a nutshell, candidates enter an annual conference delegation’s room — all within the enormous and gorgeous St. Luke’s United Methodist Church in Oklahoma City. Our room was a Sunday school classroom, and there must be some fun stories behind this group. Walls contained photos of people from the 1960s, a class roster dated 1975, a print of Christ clutching his chest a bit with an odd look on his face that I dubbed “Heartburn Jesus,” a more recent group photo from the Holy Land — and a microphone stand complete with a loud bicycle horn attached. I’m guessing these folks have fun.

I don’t know how the process worked in other rooms, but in the Great Plains, the group met prior to interviews, talked about key questions they thought needed to be asked and then did their best to explore each candidate’s theological base, their personalities, how they overcame adversity within their ministries, how they discerned and worked to shape culture in their various ministerial appointments, their stances on key issues within the denomination right now and, in general, get to know them a bit.

All in 45 minutes per candidate per conference delegation.

Williamston confirmed it was a whirlwind experience.

“As an episcopal candidate, the interviews were positive overall,” Williamston said. “It was very similar to ‘speed dating.’ However, it was well put together and more cost-effective.”

Keep in mind I am no expert when it comes to episcopal politics. I have been to exactly one jurisdictional conference — in 2016 in Wichita — and as the lead communications person at the host site, I was too busy drinking from the firehose of information and trying to provide what my colleagues needed to do anything other than observe what happens when you are trying to elect bishops.

But I’m happy to say that Williamston was noticed in Oklahoma City — and in a good way. I had the opportunity to talk to delegates from other annual conferences who had nothing but good things to say about our homegrown candidate. What that means — if anything — for what will happen in July, I have no idea. But I think it’s fair to say that Williamston represented those of us from Kansas and Nebraska well.

“The members of the delegations were, in my experience, approachable and wanted to learn about who I am, where did I come from, and what do I have to offer to the episcopacy,” Williamston said. “It seemed to me that the delegations were in good spirits, though there were various theological spectrums in the rooms.”

I don’t think that point can be expressed too often or too loudly. In each room, these candidates faced questions from people on the progressive side, on the traditional side and all points in between. During those interviews, they were asked to cast vision, share what they know about each annual conference and explain their leadership styles.
It had to be exhausting. I was just shooting video in the back of the room, listening through headphones, and I was tired by the end of the two days of interviews. And I felt like these people — whomever is elected in July — face a nearly impossible task of bridging gaps, promoting unity and, most importantly, positioning the people known as United Methodists in our jurisdiction to fulfill the mission of making disciples of Jesus Christ for the transformation of the world.

I asked Lisa Maupin, conference lay leader and a delegation veteran, to share some of her observations.

“Selecting candidates that one feels are ready and would be good fits for the episcopacy is always a daunting task, and it is even more so in 2020 with not knowing what we truly will be selecting them to do and the nature of the church they will be tasked to lead,” Maupin said. “However, this has opened up new possibilities. It has opened up opportunities to redefine and re-examine the type of leader that is called to be a bishop. During the process these last few days it felt like while we are still looking for someone that can provide pastoral care, be prophetic and administer, we were also looking for someone that is flexible, nimble, a creative visionary and nonanxious.”

Maupin said she found herself less focused on their resumés, though that’s certainly still an important part. Instead, she intently focused on what candidates were saying as they told stories and answered questions, particularly related to why they changed their minds on subjects in the past, how they built relationships and how they adjusted course midstream — “moments when they truly stopped and listened with their ears, head and heart,” Maupin said.

With the uncertainty of the upcoming General Conference and what the denomination may look like following that gathering of more than 800 delegates from around the world, these interviews took on even more significance.

“It is important to remember that we are not only looking at someone who will be serving the conference they are assigned to but someone that is also going to be a voice on the College and Council of Bishops,” Maupin said, referencing the group of bishops that represent a jurisdiction and then the worldwide group of episcopal leaders, respectively. “In the last four years we have seen as a denomination how critical the makeup and the leadership from those two entities have been during this time in the life of The United Methodist Church. I found myself paying close attention to what type of prophetic voice and leadership each candidate possessed and how that would translate into the moments when both the College and Council have been asked to lead in ways that are unique to this time in our history.”

It truly was a fascinating two days listening to answers and reflections from some incredibly bright spiritual leaders. And it was interesting to hear our delegation’s veterans come alongside those whom I’ll call the “rookies” to help them understand how the election process works and the importance of building relationships with people from other annual conferences. And it was even more impressive to see the candidates weather nearly 11 hours of questioning on difficult subjects.

The candidates really have to dig deep to provide genuine answers to those kinds of inquiries.

I’ll leave you with one of my favorite observations from Williamston, who before serving in the Lord’s army served in the Kansas Army National Guard. She explained during her interviews that she credits the military experience for her gifts of persistence, preparation and discipline.

“I shared that as a solider, Army leadership lives deeply in my core and the ‘Be-Know-Do’ philosophy for every solider. To ‘Be’ is to be who you say you are — pastor, bishop, lay person, disciple, doctor, lawyer — and be committed to faithfully being who you say you are, being courageous in who you say you are. ‘Know’ is to know what you are doing, which means to constantly train for readiness and competency. ‘Do’ what you say you will do from being and knowing who you are, to include influencing others and building teams for the mission.”


Todd Seifert is communications director for the Great Plains Conference of the United Methodist Church. He can be reached via phone at 785-414-4224, or via email at tseifert@greatplainsumc.org. Listen to his "In Layman's Terms" podcast. Opinions expressed are the author's alone and do not necessarily reflect the views of the Great Plains Annual Conference or The United Methodist Church. Follow him on Twitter, @ToddSeifert.