In Layman's Terms: Key to handling a fast-changing world is trust in God 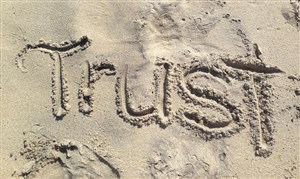 We just turned the calendar from 2016 to 2017. Some people look at new years with some trepidation. Others turn the page with a view of optimism.
And, of course, many of us start the year with “resolutions.”

It’s all meant to put us in a mindset of change – usually for the better.

In the United States, every four years we go through a similar exercise when we talk about the peaceful transfer of power. Come Jan. 20, we’ll change from Barack Obama, a Democrat, to Donald Trump, a Republican. While some countries truly struggle with the concept of giving up power, our country has a long history of peacefully turning over the leadership of government. It started way back in 1797 when George Washington willingly gave up the presidency to John Adams.

Jan. 1 is an arbitrary starting point to the calendar, but it helps us draw conclusion to one year and start fresh with another.

The Bible doesn’t say anything that I’m aware of about new year’s resolutions or turning the calendar from one year to the next. But as I contemplated this subject of change, I found that our scriptures do give us some insight into how we might address the changing of the year or the changing of a governmental leader.

Through stories from Joshua, Jeremiah and the apostles of Jesus – all of whom had to deal with drastic changes – we see how we can best respond to changing circumstances. And it boils down to one key word: trust.

Joshua had gained favor with God for his leadership and bravery. When the ancient Israelites were told to enter the Promised Land, only Joshua and a man named Caleb of a group of 12 “spies” cast aside their fears of mighty armies and “giants” in favor of faith in the Lord. The 10 other men, we are told, didn’t believe the Israelites could conquer the people of Canaan – present-day Israel. Joshua was one of the two men who said the people should trust God to lead and help them. As a result, the people of Israel are prevented from entering the Promised Land for a full generation. That’s about 40 years wandering in the desert – a steep but understandable price to pay for not showing faith in God.

So with that history as a backdrop, we come to Joshua 1:1-9.

Moses has died. And Joshua, son of Nun, has been told to lead the people. He is directed to get the people ready to cross the Jordan River and that the Chosen People’s territory will stretch from Lebanon to the great Euphrates River. Joshua is told that no one will be able to stand up against Israel during his lifetime.

His instructions from God are: Don’t be afraid, and continually speak about God’s Word, remembering all along that God is with us. Those are comforting words and an admonition, really, to study the scriptures.

Some Bible statistics, based on a Religious News Service poll from 2013: Those statistics sure make it sound like the Bible holds a dear place in our hearts. But when asked if the Bible is actually read, we find that the words we state about our beliefs in the importance of the Bible in our lives is just a lie we tell ourselves. Our actions tell a different story. Of the people who said in the poll that they read their Bible, 57 percent said they do so four times – per year.

Only 26 percent said they read their Bible four or more times per week.

Many people resolved to go to the gym regularly as a means of living a healthier life. But what if we quit going to the gym after four weeks? What if we only went to the gym four times a year? Would there be any real benefit? Of course not. Our bodies need more exercise to make a real difference.

God tells us, through the story of Joshua, that we are to be brave, to be strong, to study the scriptures and, most importantly, remember what we study so the lessons within the pages can be put to use in our daily lives.

Fast forward about 700 years to the time of Jeremiah. This prophet at times has some of the most depressing pieces of scripture in the Bible. He is credited with writing two books: the one that bears his name and Lamentations – a book whose title clearly shows it is not filled with tales of kittens and roses.

Jeremiah lives in a time when Israel already has peaked. In fact, it’s already gone, conquered by the Assyrians. The kingdom has split, and the land of Judah, the southern kingdom, is about to fall to the Babylonians. Anybody deemed to be of worth by virtue of their economic status or talent is being led off into exile.

It’s a depressing time. And such a change is traumatic for the people of Judah. But in Jeremiah chapters 29 and 30, we learn that despite the most difficult of times, there is reason for hope, thanks to God.

In Jeremiah 29:10-14, we learn several key points: Yes, this was a message for a group of people being taken into exile many years ago. But just as the book of Joshua has a message for us, so also does Jeremiah.

As we turn the calendar to a new year, what is holding you captive? Maybe it’s addiction of some kind. Maybe it’s a health issue you haven’t addressed. We aren’t being taken into captivity, away from our homes and loved ones. But today, in 2017, many of us are captives to something in this world, something that gets in the way of our relationship with God.

I think a key phrase comes in verse 13, where it says, “When you search for me, yes, search for me with all your heart, you will find me.”

We have to search for God. We have to seek a relationship with Him. The good news is if we do so earnestly, we are promised to find Him.

So far we have studying the scriptures and prayer as key points in our life transformation in a world filled with change. Trust has been common in both of our stories so far. A third story with insight into dealing with change – new year or not – comes from the book of Acts.

Chapter 1 opens with us hearing again about Jesus showing the disciples that He was, indeed, alive and that he spent 40 days speaking with them about God’s kingdom. Verse 9 tells us Jesus was lifted into heaven, in effect leaving the disciples to carry out the instructions to make disciples of all people.

It’s a monumental task, and it’s one they have to do without their leader, the man who spent three years with them preparing them for this all-important mission. Talk about daunting!

One of the group’s first tasks is to ensure order by replacing Judas, the man who betrayed Jesus. Acts 1: 21-26 gives an account of what happened next.

In the company of about 120 people, two names were lifted up for consideration: Barsabbas and Matthias. With the addition of one of these men, the apostles will once again number 12 – a significant number throughout the Bible starting with the 12 sons of Jacob, who would found the 12 tribes of Israel.

The scriptures tell us they made an educated decision in selecting their candidates. They chose men who had accompanied them throughout the three-year ministry of Jesus. They didn’t randomly pick these two finalists. They likely reasoned that the new apostle should be familiar with Jesus’ teachings and be able to speak from experience as he provided testimony to the masses. To do so, the person must have been around throughout Jesus’ ministry, perhaps so he would have stories of his own to share to make connections with would-be believers.

What they did next is a key lesson for us. Verses 24-25 says they prayed for God’s will to be shown in their choice to replace Judas: “They prayed, ‘Lord, you know everyone’s deepest thoughts and desires. Show us clearly which one you have chosen from among these two to take the place of this ministry and apostleship, from which Judas turned away to go to his own place.’”

They cast lots, and the lot fell to Matthias.

That’s an unselfish example of prayer and shows a commitment to trust in God. If the apostles can put aside their desires for an outcome in favor of showing trust – there’s that word again – in God over such a big decision as to who would join the 11 surviving close followers of Christ, then we should be willing to do the same when we face such decisions as whether to buy a new car, whether to go back to school, whether to change jobs or whether to help start a new ministry at our church.

When you take these three stories of people facing change, together they give us some tips for making transitions in periods of change: Change can be difficult. But by doing these things – by truly trusting God – we can make our own load a little lighter.