In Layman's Terms: Nebraskans can choose justice over vengeance in election 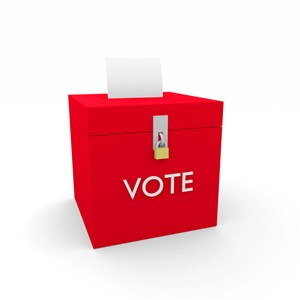 Nebraska voters will have the opportunity Nov. 8 to make a critical decision about the state’s criminal justice system: Do we choose justice or settle for vengeance?

The answer will determine whether Nebraska voters retain Legislative Bill 268, an example of bipartisan legislation passed by the Unicameral in 2015 but vetoed by Gov. Pete Ricketts. Lawmakers overrode the veto, so people who I believe choose vengeance reportedly financed the process that brought this issue to the ballot.

I understand the desire for vengeance. In my lifetime, our family has dealt with the pain of having a cousin and a close friend each murdered – one in a domestic-violence case and one during a robbery.

While I was too young to fully grasp the type of death my family member endured, I know the pain still runs deep for my uncle and cousins.

My friend’s family – devout members of The Church of Jesus Christ of Latter-day Saints – and prosecutors desired justice. The man responsible for pulling the trigger likely will spend the rest of his days in prison. Personally, I want him to live a long time so he can remember each day that he won’t see the outside world because of a life that he chose to take from us that day.

The Guillotine, firing squad, hangman’s noose, electric chair, lethal injection and, yes, the cross all seem like good reasons through history not to harm others. They seem to be strong deterrents. But all have failed to prevent people with evil intentions from inflicting pain on others.

Jesus taught us to forgive, but he also taught about consequences for our actions.

I believe justice requires people to pay for their crimes, not taxpayers to pay high costs for defense cases that takes years and years of appeals. According to a study conducted by Creighton University economist Ernest Goss, Nebraska spent $14.6 million more in 2015 alone on criminal justice because of death penalty cases. That’s almost $15 million that could have gone to improve safety for corrections officers, an important consideration given recent uprisings and well-documented missteps in Nebraska’s prisons.

Justice requires a system that works, not a government system that fails too often for society’s comfort. Since 1973, more than 150 people sentenced to death nationwide have been exonerated. Pause for a moment and let that number sink in. I don’t know about you, but I’m not willing to say the nearly wrongful deaths of 150-plus people is “good enough.” Vengeance in these cases nearly meant killing innocent people – folks like you and me who often just happened to be in the wrong place at the wrong time. Nebraskans shouldn’t have innocent blood on our collective hands.

These concepts of taxpayer dollars and a faulty system converge in the “Beatrice 6” case that has once again made headlines in southeastern Nebraska. DNA evidence cleared six people in 2008 who had been serving sentences for a 1985 rape and murder. Those people lost years of freedom, and now Gage County has been ordered by the courts to pay $28.1 million in damages. The county apparently has no means to pay such a judgment because of restrictions on sizes of tax increases in state law. Based on news reports, these six people pleaded guilty so the death penalty would be removed as a potential punishment. In this case, the “deterrent” appears to have been used to coerce people into pleading guilty to a crime that evidence decades later proved they didn’t commit. Vengeance, in this case, quite literally proved costly.

Justice requires Nebraska and others to live up to the Judeo-Christian beliefs that so many of us proclaim, not the vengeance that puts humankind over God. Consider Romans 12:17-21:

“Don’t pay back anyone for their evil actions with evil actions, but show respect for what everyone else believes is good. If possible, to the best of your ability, live at peace with all people. Don’t try to get revenge for yourselves, my dear friends, but leave room for God’s wrath. It is written, Revenge belongs to me; I will pay it back, says the Lord. Instead, If your enemy is hungry, feed him; if he is thirsty, give him a drink. By doing this, you will pile burning coals of fire upon his head. Don’t be defeated by evil, but defeat evil with good.”

The King James Version says in its translation, “Vengeance is mine; I will repay, saith the Lord.”

In other words, any vengeance is reserved for our Creator. Catholics, Episcopalians, Presbyterians, some Lutherans, the National Association of Evangelicals and, indeed, The United Methodist Church, have recognized that humankind is no substitute for God in enacting vengeance.

By taking a life before God chooses, we interfere with the possibility of redemption. The social principles of The United Methodist Church include this statement about the death penalty:

“We believe the death penalty denies the power of Christ to redeem, restore and transform all human beings. The United Methodist Church is deeply concerned about crime throughout the world and the value of any life taken by a murder or homicide. We believe all human life is sacred and created by God and therefore, we must see all human life as significant and valuable. When governments implement the death penalty (capital punishment), then the life of the convicted person is devalued and all possibility of change in that person’s life ends. We believe in the resurrection of Jesus Christ and that the possibility of reconciliation with Christ comes through repentance. This gift of reconciliation is offered to all individuals without exception and gives all life new dignity and sacredness. For this reason, we oppose the death penalty (capital punishment) and urge its elimination from all criminal codes.”

It’s easy to say that a convicted person is beyond redemption, but when we say such things what we’re really saying is God isn’t capable of redeeming such a person. I subscribe to the idea that any person can be redeemed because of the death and resurrection of Jesus. Do we really believe in the words we proclaim on Sunday mornings, that our God is a God of mercy? If so, we must recognize that mercy isn’t just for those of us who “sin a little,” but also for people who have done incredibly evil things but who now choose redemption through Christ. I refuse to put anything on God’s “can’t-do” list.

These are just some of the reasons I hope Nebraskans will vote to retain LB 268. And these don’t even take into account racial and economic disparities or the failure of “humane” execution techniques.

So, to all Nebraskans, I urge you to please cast your ballot Nov. 8 to “retain” LB 268. It is labeled as Referendum 426 on the ballot. Please choose justice over vengeance.