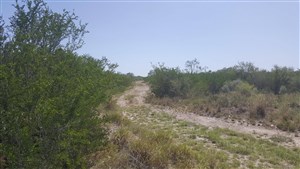 I can’t help but think that Mrs. Imelda Trevino my eighth-grade English teacher and Mrs. Hortencia Pena, Virginia Van Nest, Ernestina Trevino and Elma Doyno, my high school English teachers, would be gratified by my attempt at writing for publication.

The truth is that I sat in their classes but did not pay too much attention to what they were trying to teach me – my loss. So, if my writing does not come up to par with that of good writers, I hold my English teachers completely blameless, for they carried out their job of trying to teach a distracted student all about grammatical rules and writing. Enough said about that. I guess that the only way I’ll improve my writing is by writing. So here goes.

There are several beautiful biblical texts that mention the word “path.”

I like the image of a “path” as a metaphor for discipleship. I understand God’s path for my life as a continuous revelation and process of discernment that summons me to take the next step, and the next, and the next. On one hand, I know the path of life leads to an eternity in God’s presence. I also know that whatever path I am on, I am to walk it doing justice, demonstrating mercy and kindness as I go, and walking in humble submission to Christ’s leading (Micah 6:8). My experience of the earthly path I walk is that the path before me is always partially revealed; that is, I do not always see or know what is up ahead, but I walk the path set before me until I receive greater light and understanding for what next steps to take in my discipleship. My path in life has taken many unexpected turns, sharp turns, U-turns, detours, curves and surprising directions that have led to places I never imagined and to people I never thought I’d meet and get to know. Wherever my path has led, one constant has always been the abiding presence and grace of the Lord – even when I was unaware of it.

The path, or camino, metaphor also reminds me of my hometown, Rio Grande City, Texas. Rio Grande City is the Starr County seat town. Much of the surrounding terrain around the community is farm and ranch land. I remember driving. walking and riding my bicycle on caliche (lime gravel) roads. The caliche roads were normally dry and powdery which made it impossible to keep our cars clean when driving around the countryside. As a consequence, I became an expert at car washing as I got the never-ending opportunities to wash my parents' cars every weekend. They told me it was an even trade for room and board and an education in school and in life they provided me (LOL!).

Finally, the word camino is Spanish for “path.” After the Native Americans, the Spaniards made a path northward from Mexico and became the first Europeans to lay eyes on Texas in 1519 with the expedition of Alonzo Alvarez de Pineda.  Pineda’s expedition led him to the Gulf of Mexico. There, he claimed Texas as Spanish territory on behalf of the king of Spain. The Spanish occupied Texas nearly 300 years, from 1519-1685 and 1690-1821. The French occupied Texas from 1685 to 1690, Mexico from 1821 to 1836, the Republic of Texas from 1836 to 1845, and The United States of America from 1845 to 1861. The Confederate States of America claimed Texas as their territory from 1861 to 1865, and after the Civil War, Texas again became part of the United States of America from 1865 to the present. My Saenz ancestors on my father’s side also followed the path north and have lived in Texas territory since the early 1700s – before Texas was Texas. Our family has lived in what is now Texas for 200 years.

Haci es que adelante, caminante! El camino se hace al andarlo. So onward, fellow sojourner. The path is made as you walk it.

Thanks for joining me on the path I walk. I ask for your prayers.