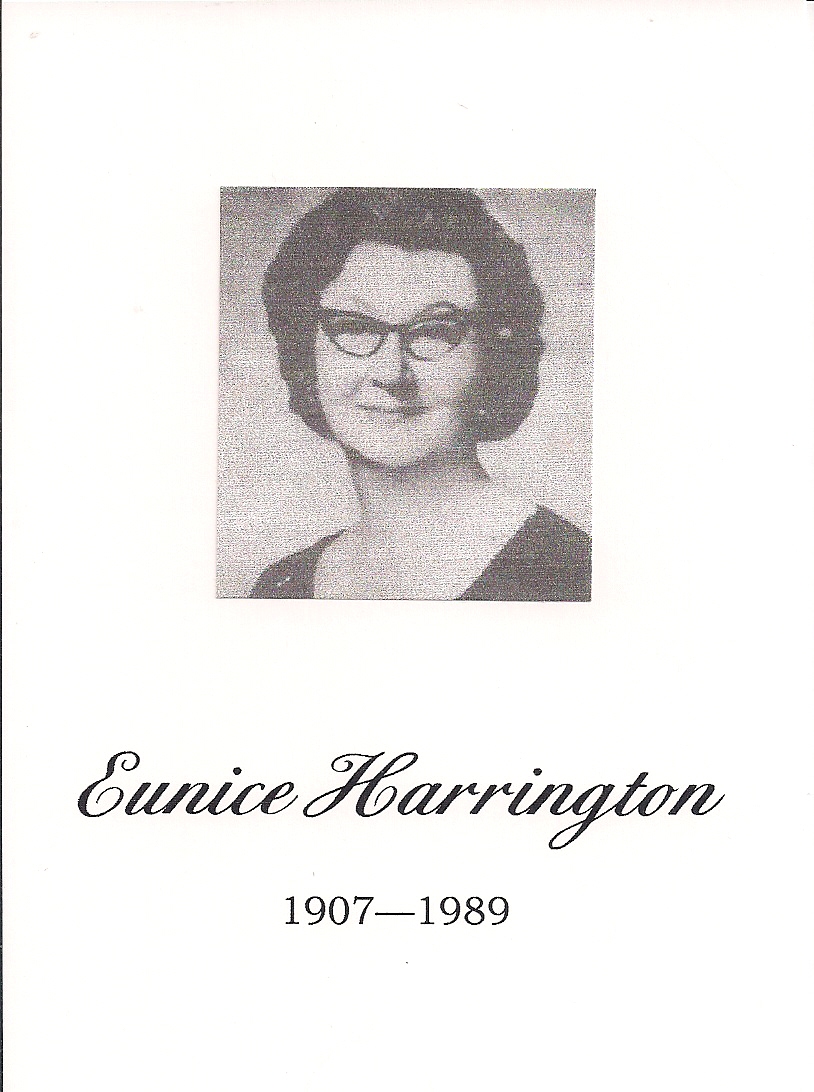 The Eunice H. Harrington Award Of Leadership, Service & Advocacy honors the Legacy of the First President of the Women's Division of the Board of Global Ministries of the United Methodist Church. Eunice served from 1968-1972. During Eunice's term in office, the new organization we now know as United Methodist Women was created.

Eunice Harrington of York, Nebraska believed in the power of women to positively impact the world – locally, nationally and internationally. Eunice was a leader, philanthropist and activist who throughout her life sought out and worked for effective solutions to the problems and injustices of her time. This award was first given in 2009.

The Award is presented annually to a currently serving District Officer in the Great Plains Conference United Methodist Women who best exemplifies the leadership and work of Eunice Harrington.

NOTE: If you want to fill out any pdf form, you may download the form from our website and using Adobe Reader (a free downloadable pdf reader) you can open the pdf, click on Fill & Sign, enter the information requested on the form and save it. It will be saved as a pdf which can be attached to an email. That way you will have a copy of the form as well as the one to submit via email.