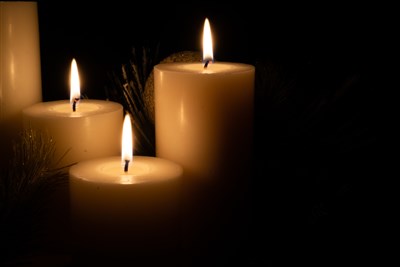 A farmer and former agricultural agent for the Kansas Extension Service, Fooshee served on the National Advisory Council for the Peace Corps from 1970 until 1972. He was appointed by former President Richard Nixon, upon the recommendation of Sen. Robert Dole.

Dale and Shirley were very active for many years in the United Methodist Church in Garnett. Not only did he hold many offices, but also worked on many district and conference levels. He helped organize and chair the Kansas East Conference Hunger Task Force from 1976 until 1984, serving on projects in many countries, including Mexico, Haiti, Russia, and Guatemala.

He served for seven years as council director for the Kansas East Conference of the United Methodist Church overseeing all programming agencies of the conference such as missions, camping, youth, campus ministry, and social issues. Prior to that he served as an associate council director and rural life advocate, a position with special responsibilities related to troubled farm families and communities during the farm crisis. He was recognized as Rural Lay Person of the Year by the Kansas East Conference in 1985. Dale was very active in his retirement years. He was very involved in the Topeka Center for Peace and Justice. He also served on the board of the Shepherd Center. For eight years he was involved with the National United Methodist Board of Missions in 120 countries. He volunteered with Stephen Ministries, a peer support organization and was a weekly hospital visitor for his church. He was currently the Democratic Party precinct chair and was instrumental in getting the state minimum wage increased. He was preceded in death by his wife, Shirley on December 28, 2003. He is survived by four daughters, Janet Fouche-Schack (James), Julie Fooshee (Pam Dooley), Jill Babcock (Sherri), and Kimberly Marbello (Rey); and five grandchildren. Visitation will be 6-8 p.m. Friday, July 1, 2022, at Topeka First United Methodist Church. Funeral services will be 10:30 a.m., Saturday, July 2, 2022, at Topeka First UMC. Services will be livestreamed and can be viewed at www.forthegoodofthecity.org/livestream. Interment will follow at Garnett Cemetery, Garnett, between 1:30-2 p.m. In lieu of flowers, memorial contributions may be made to Topeka First United Methodist Church, 600 SW Topeka Blvd., Topeka, KS 66603.