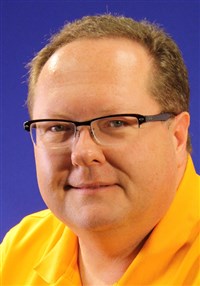 Todd serves as communications director for the Great Plains Conference of The United Methodist Church and is a participant in Lay Servant Ministries. He has served in his current role since February 2015. Prior to that, he served as a journalist with Gannett Co. Inc., for 20 years, the last 14-plus years as executive editor of Spectrum Media in St. George, UtahThis podcast, hosted by Todd Seifert, explores concepts of discipleship by telling the stories of a person, a congregation or even a community. Some episodes feature interviews. And some involve Todd providing reflections on scriptures from the Bible. 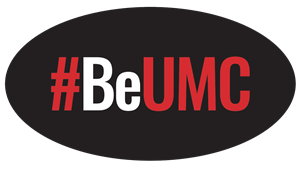 Future of the UMC Series

This new series of podcasts looks at the future of The United Methodist Church through interviews on the topic of disaffiliations by some congregations and the election of bishops coming up in November. 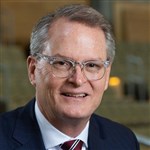 Episode 1: Where Things Stand — The series kicks off by looking at where things stand now with an interview with the Rev. Adam Hamilton, lead pastor of United Methodist Church of the Resurrection, the largest congregation in the denomination based in Leawood, Kansas, but with five campuses across the Kansas City area. 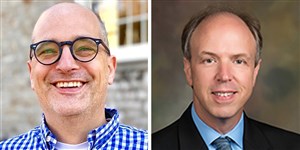 Episode 2: Where We Have Been — We look at the history of the human sexuality debate within the denomination in this episode. Guests are Rev. David Livingston and Randall Hodgkinson, who provide their perspectives and some historical context to what has happened since the first debate in 1972 through today.

Episode 3: Disaffiliation & Relationships — In the third of four episodes in the short series, we learn about what it means to disaffiliate, a perspective from a church that is leaving the denomination, and the philosophy used by trustees as they work with disaffiliating churches. Guests included Scott Brewer, conference treasurer and director of administrative services; Rev. Stephanie Ahlschwede, president of the conference Board of Trustees; and Rev. Rick Just, a leader in the Wesleyan Covenant Association and Global Methodist Church. 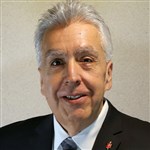 Episode 4: Bishop's Reflections — Bishop Ruben Saenz Jr. shares some reflections on what has transpired in The United Methodist Church, the process of disaffiliations, and his hope for the future of the denomination as we conclude a short four-episode series on the future of the UMC. 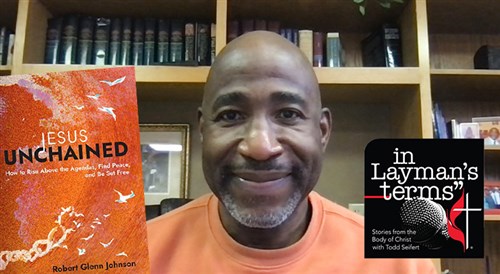 The Rev. Robert Johnson, lead pastor at Saint Mark United Methodist Church in Wichita, shares details about his first book, "Jesus Unchained: How to Rise Above The Agendas, Find Peace and Be Set Free." In this interview, Johnson shares how he thinks followers of Jesus actually lessen His power by limiting the Savior's influence on their lives. They, in effect, place him in the chains of the limiting image we create of Jesus in our minds, when he could be making a much larger impact on the hearts of people each and every day.

Part 2: Introduction to an Issue Guide — The Rev. Dr. Leah Schade returns to "In Layman's Terms" to pick up on the conversation we stared in 2021 about her book, "Preaching in the Purple Zone." In this episode, she shares an issue guide designed to help United Methodists discuss LGBTQIA+ inclusion and the upcoming General Conference. Request a copy of the issue guide.
Rev. Dr. Schade has provided proposed sermon outlines to be used with the issue guide. These are not provided as requirements but rather to serve as resources for pastors interested in using the Sermon-Dialogue-Sermon method.

Part 1: Ministry in the Purple Zone — Our country is more divided than ever. We have red states and blue states, and even red and blue congregations. Or do we? Aren't our congregations really just different shades of purple? The Rev. Dr. Leah Schade joins Todd for a discussion about her book, "Preaching in the Purple Zone," and how a method she has developed heavily involves the input from laity to help a church determine its response to topics pertinent to our times.

Part 1: Leading the Local Church — Todd starts a short series of episodes examining certified lay ministers (CLMs) and the role they play in the local church, how they are trained, and why more people may want to prayerfully consider exploring becoming a CLM. In this episode, Todd talks with Jada Hodgson, a CLM serving as pastor at Plum Creek United Methodist Church near Paola, Kansas. It is believed that Jada was the first CLM in the United Methodist denomination.

Part 2: Teaching & Preaching — We continue a short series on certified lay ministries and certified lay servants with a look at how one CLM, Bryan Hankins, serves two churches in the Omaha area as an associate pastor. Learn about his passion for teaching, how he works with the appointed pastor, and about an exciting multi-language effort for the Lay Servants Ministry Basic course within the Great Plains Conference.

Part 3: The Academy for Small Membership Church Ministries — Todd continues his series on certified lay ministry with an interview with the Rev. Dr. Carl Ellis. Besides being a retired elder serving two rural churches in southeast Kansas, Carl is the founder and leader of The Academy for Small Membership Church Ministries. In this episode, Carl shares his views on lay ministry and provides an update on changes regarding the academy — plus a special online workshop planned for late February. 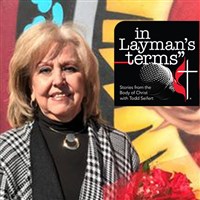 In this special video episode of "In Layman's Terms," host Todd Seifert talks with Dr. Socorro de Anda and Rev. Larry Moffet about the Lydia Patterson Institute. LPI is a ministry of education and discipleship for kids along the border of El Paso, Texas, and Juarez, Mexico. The episode also celebrates Dr. de Anda's 37 years at LPI and the legacy of excellence and hope for brighter futures that she leaves behind. Download the episode.

Emerging from Our Exiles

Using the stories from the Old Testament history books of Ezra and Nehemiah, the goal is to share stories about how people and churches are preparing to re-engage with their congregations, their communities and with God through their own faith practices. Are you or your church doing something to prepare? Send an email to Todd Seifert at tseifert@greatplainsumc.org. 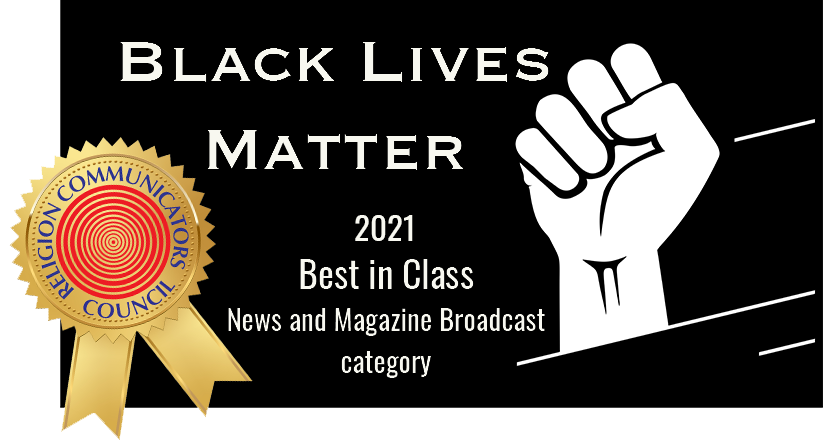 The Great Plains Conference’s “In Layman’s Terms” podcast was named Best in Class in the News and Magazine Broadcast category in the recent Religion Communicators Council (RCC) awards for the four-part “Black Lives Matter” series.  RCC is a nationwide interfaith association of communications professionals who work for and with faith-based organizations in the areas of communications, public relations, advertising and development. The podcast won first place in the Web Radio Series category and then was named best in class from among winners in the categories under the Broadcast heading. The panel of four judges for the category commended podcast host Todd Seifert for including a diverse group of people to talk about their experiences as African-Americans in the United States, the need for increased focus on racial justice in the country, and the way the story was told over the four episodes in the series.

You can listen to all four episodes via the links below:

This episode, which told the story about rebuilding the destroyed town of Greensburg, Kansas, was the debut episode for "In Layman's Terms," and it won the "best in class" award — the top award for the denomination — in the audio category in the 2019 United Methodist Association of Communicators awards contest. Download and listen to the episode here.

Coming of Age During the Civil Rights Movement — Oliver Green has been heavily involved in the Great Plains Conference since its inception. As we wrap up Black History Month, Oliver shares his story and what it was like to move into adulthood — as an African-American man — during the Civil Rights Movement. Oliver shares how the movement of the 1960s is similar to the cries for racial justice that we experience today, what attracted him to leaders like Malcom X and Martin Luther King and what can we do today to move forward on the important topic of racial justice.

Continuing the Push for Racial Justice —  It’s been nine months since the death of George Floyd in Minneapolis, so Todd Seifert, host of the “In Layman’s Terms” podcast, decided to tell some follow-up stories featuring guests who helped explain the impact of police and other kinds of violence upon people of color in the spring of 2020. The communications team took it a step further by recording this video of the interview discussions with the Rev. Dee Williamston, superintendent of the Salina and Hutchinson districts, and the Rev. Robert Johnson, lead pastor of Saint Mark United Methodist Church in Wichita, the Great Plains Conference’s largest predominantly African-American church.  Watch the video.     |      Listen to the audio version. 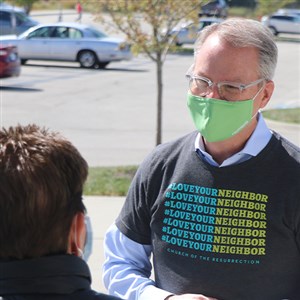 Church of the Resurrection celebrates its 30th anniversary

In October 1990, a relatively small group of people met for worship for the first time — in a funeral home. With a name that was somewhat tongue-in-cheek because of its location but also a theological statement because of its dedication to Jesus Christ, United Methodist Church of the Resurrection was born.

The congregation made a pitstop at an elementary school before settling in the first of what is now a five-campus church in Leawood, Kansas, campus. Led by a then 25-year-old pastor and now world-renowned author, Rev. Adam Hamilton, from that humble beginning started a congregation that is now the largest in the entire denomination. 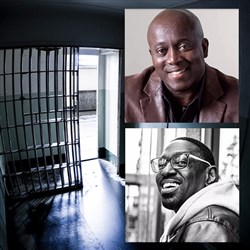 Rev. Darryl Burton, a newly ordained elder in The United Methodist Church sat in prison for 24 years. Lamont McIntyre sat in prison for 23 years. Neither man actually committed the murders for which they were accused. A ministry in New Jersey helped exonerate them, but there was no assistance to help them re-acclimate to society. So the two men joined forces in 2018 and launched Miracle of Innocence, a ministry meant to help innocent people find justice and regain their freedom, and then receive the help that Darryl and Lamont didn’t have available to them. Check out the organization’s website at www.miracleofinnocence.org.

Class meetings — with strong class leaders — were among the ways the Methodist movement spread westward and through the prairies of the United States. But could looking to the denomination's past help laity and churches pave the way to a brighter, more vital future?

Why Now? — In this first of several episodes about class meetings, host Todd Seifert talks with District Superintendents Cindy Karges and Don Hasty, as well as retired elder, author and Methodist historian David Lowes Watson. They share why class meetings show promise for helping churches of all sizes — but especially small, rural congregations — boost discipleship, promote leadership and provide churches the tools they need to better serve their communities. This episode debuted July 15, 2020. 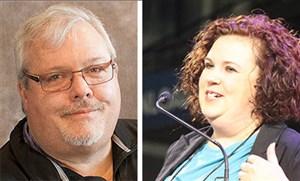 Laity as Key — We continue our look at class meetings and class leaders by taking a look at a pilot project in the Great West District in Nebraska, where Pastor Mark Baldwin is helping mentor a class leader. We also talk to Lisa Maupin, Great Plains Conference lay leader, about the way the class meeting model can help shift the story from one of scarcity to one of abundance. This episode debuted July 23, 2020.

History as Future — In the third of a three-part series on class meetings, Todd explores how class meetings provided a model of growth and evangelism in the past and how they can be a sustainable force in the present. Bishop Ruben Saenz Jr. is the featured guest who shares a vision for how class meetings can sustain a United Methodist witness in smaller churches but also can bolster discipleship in larger congregations by enhancing spiritual disciplines and introducing accountability among believers. This episode debuted Oct. 6, 2020. 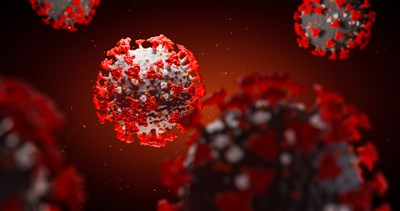 This series examined how pastors and churches adapted their worship services and pastoral care during the COVID-19 pandemic and the accompanying stay-at-home orders in Kansas and Nebraska. 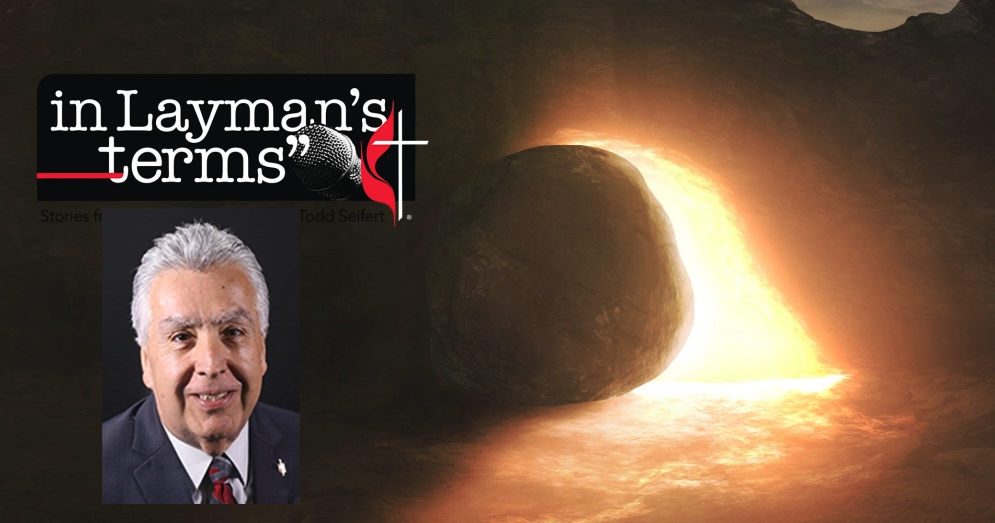 During Lent in 2020, Bishop Ruben Saenz Jr., episcopal leader of the Great Plains Conference of The United Methodist Church, was the featured guest for a special series of episodes that explored the seven final sayings of Jesus from the cross.