The Lord’s response to the Shipibo prayer

My name is Dylan Roth, 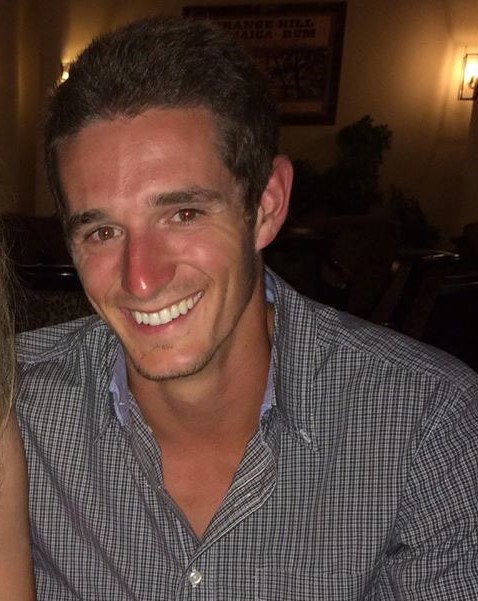 and I am a sophomore at Iowa State University. I am majoring in business economics." This article highlights my experiences from a recent mission trip to the jungles of Peru. I along with 19 others from St. Andrew’s UMC in Omaha, Nebraska, served in the Shipibo village of Palestina along the Ucayali River.

Dusk had settled in, and the air began to chill. Our riverboat, La Evangelista (The Evangelist), slowed and approached the riverbank. However, this riverbank was different. Instead of the dense foliage of the Amazon that we had grown used to amid the prior six hours, this riverbank was inhabited by a tribe native to the Peruvian rainforest. We had arrived at the Shipibo village of Palestina. We were suddenly immersed into an entirely new world. The Shipibo greeted us with song and dance. As we shuffled off the boat, we joined hands with the Shipibo and united in celebration of our arrival. I was shocked at how quickly our two distinct cultures fused into one. Little did I know, this was only the prelude to the incredible experiences that the coming week would have to offer. 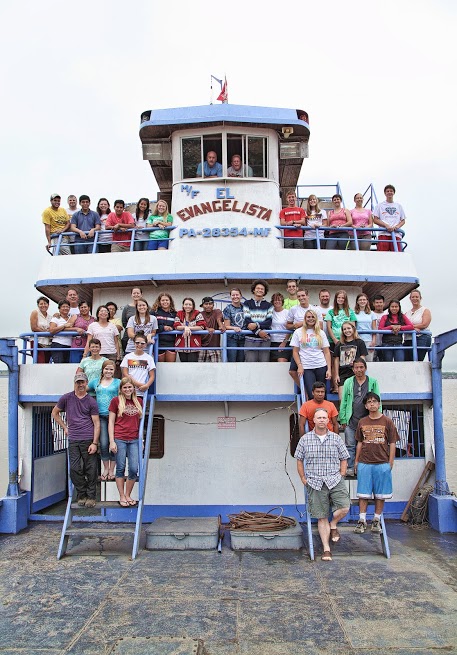 The Shipibo live in numerous villages up and down the banks of the Ucayali River. The Ucayali is a major tributary of the Amazon River. In addition to their knowledge of their tropical environment, the Shipibo also maintain a strong understanding of God. Approximately 80 percent of Palestina is Christian. Our goal wasn’t to convert the other 20 percent into Methodists. Absolutely not. Our priority was to assume our positions as the hands and feet of Christ to serve the Shipibo. I like to think of Palestina as a village “under construction.” As missionaries, we were the “construction workers.” Having been sent by Jesus, our goal was to use our unique gifts in order to finish the work that needed to be done in the village. Jesus encourages us to express our individual talents in ministry.

Romans 12: 5-6 says “In Christ we form one body, and each member belongs to all the others. We have different gifts, according to the grace given to each of us.”

These gifts were put to the test during our time in Palestina. Our primary project was to complete the construction of the frame of a religious training centernear the center of the village. Once completed, the training center will be used to train and educatefuture religious leaders in the Shipibo village. Initial construction of the training center was a slow process. Eventually, we developed an efficient system for both flooring and siding. Productivity began to accelerate after we each began to specialize in certain construction tasks. We completed the frame of the building on our final day in Palestina. In addition to the training center, a medical clinic in the village was nearing completion. We were giventhe opportunity to tour the future hospital. Quality medical care is virtually nonexistent in the village because of Palestina’s isolated location along the Ucayali. Licensed doctors are hours away. The availability of medicine, something that seems to be taken for granted in America, is an incredible blessing. In Palestina, medicine is nowhere to be found. The Shipibo are hoping to have doctors sent to the medical clinic once it is finished.

Construction of the training center wasn’t our lone objective. Connecting with and sharing the Gospel with the Shipibo demanded a whole different set of skills. Patience and confidence were essential, especially when conversing with the Shipibo. While speaking in their native tongue, it was near impossible to understand the Shipibo without the assistance of a translator. I quickly learned, however, that the language barrier can be conquered by a simple gesture. This simple act is a universal symbol. It’s a global sign of happiness. It’s a smile. This trip taught me just how powerful a smile can be. At no point was this more evident than when we took to the pitch. It was a soccer game that I will never forget. From the first kick to the final goal, it seemed as if we spoke the same as the Shipibo. Communication on the soccer field consisted of thumbs up signals, clapping hands, and smiles — a whole lot of smiles. A Shipibo’s smile always reminded of those first few words of Romans 12: 5. “In Christ we form one body.” Skin color, language barriers, and cultural differences are nonexistent in the body of Christ. A scripture perhaps best explains this idea.

Ephesians 2: 19, 21-22 explains “You are no longer foreigners and strangers, but fellow citizens with God’s people and also members of his household. In him the whole building is joined together and rises to become a holy temple in the Lord. And in him you too are being built together to become a dwelling in which God lives by his Spirit.”

Jesus says here that God’s spirit is with those who gather in his name. He promises that those who believe in him, even foreigners and strangers, are all members of his household. We had the opportunity to live out this promise in Palestina.

The singing, dancing, construction of the training center, soccer and precious time spent with the Shipibo were each extraordinary in their own right. However, it was an evening inside the church in Palestina that impacted me most. Luz y Esperanza (meaning “Light and Hope”) was the name of the Shipibo church. Roger, a native Shipibo who worked with us throughout our time in Palestina, delivered the sermon. A short man, what Roger lacked in stature he made up for in faith. Roger was born into a culture in which unwanted newborns were oftentimes buried alive. The ninth of nine children, Roger was supposed to receive this terrible fate. In the process of their youngest child’s burial, Roger’s parents were stopped by the village leader. He explained to them that he would raise Roger and teach him to harvest crops for his family. Roger’s life had been spared. Once old enough, Roger began spreading the Gospel to a multitude of Shipibo villages. An infant life that was moments away from being lost had transformed into the life of an obedient servant of the Lord.

I will not soon forget Roger’s sermon that night. A portion of Roger’s message focused on prayer. He did not teach us how to pray, when to pray or why to pray. Instead, Roger discussed the Lord’s response to prayer and its impact on the Shipibo village. Roger, fighting back his emotions, explained that the Americans sitting in front of him were the answer to his prayers. Roger went on to say that the Shipibo recite a prayer similar to one found in the Gospel in which they ask, “the Lord of the Harvest to send workers to the field.”

Then the epiphany occurred. I was among the workers sent to the field. We had all been sent by the Lord of the Harvest. We were the answer to the prayers of many Shipibo that prayed to the Lord for the deliverance of missionaries.

I prayed to Jesus the night before we left. I asked him to make this a life-changing experience for me. Jesus did much more than simply answer my prayer. He sent me to answer the prayers of the Shipibo. Jesus gave me the strength, stamina, and patience to serve in Palestina.

View more pictures of St. Andrew’s UMC in Omaha, Nebraska, mission trip in the Shipibo village of Palestina along the Ucayali  River.