After special session, Church of the Resurrection changes its Leadership Institute plans 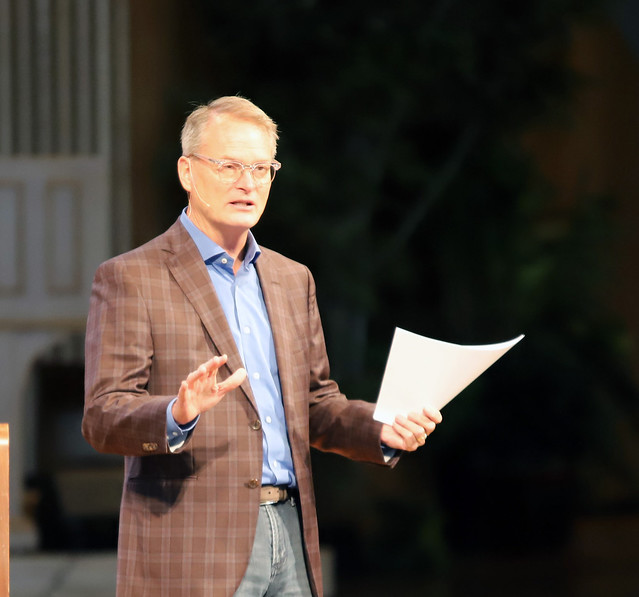 Just like it had done for the previous 20 years, United Methodist Church of the Resurrection began planning its annual Leadership Institute a week after the close of the 2018 gathering.

“It is a year-round process,” said Kari Burgess, program director of ShareChurch. “We start combing through (participant surveys) right away and get ideas of how we might change and better Leadership Institute for the next year.”

By mid-February, Burgess said, “We pretty much had a great shell built for Institute 2019. We had speakers in place, we had workshops in place. We were fairly close, frankly, to be able to publicize all the information.”

And then came the special session of the General Conference, Feb. 23-25 in St. Louis, where delegates favored a Traditional Plan that would continue to restrict LGBTQ clergy from becoming pastors, and forbid all pastors to officiate at LGBTQ weddings.

“After the February vote, we knew peoples’ hearts were breaking,” said Debi Nixon, executive director of donor development and ShareChurch. “We knew we had to provide a place for people to come and to be able to have dialogue and be able to determine how we might be able to do something together in a way that might bring change.”

Nixon and the Rev. Adam Hamilton, Resurrection’s founding pastor and the lead delegate from the Great Plains Conference, each thought Leadership Institute would be the best venue for those who didn’t favor the Traditional Plan to regroup and consider what might be in the future for the denomination.

“It was not a difficult decision, because we knew it was the right thing,” Nixon said. “It was a hard decision, because it involved contacting speakers that agreed to put it on their schedules. But everyone was agreeable and said, ‘You know what? We’re with you.’”

Among those speakers originally scheduled was Presiding Episcopal Bishop Michael Curry, best known for delivering the wedding sermon for Prince Harry and Meghan Markle in 2018. He will be a part of the 22nd annual Leadership Institute, Sept. 23-25, 2020.

“He was so gracious and so willing to (reschedule),” Burgess said. “We’re very excited to have him come and speak to United Methodists.”

With less than seven months remaining, it was back to square one for organizers of the Leadership Institute. All of the bishops were invited to participate, and nine – including Ken Carter, president of the Council of Bishops – accepted the offer and were part of the Institute.

New York Times columnist and best-selling author David Brooks, who had interviewed Hamilton in 2017 at the Aspen Ideas Institute, was added to the program, both in an afternoon talk to the participants and a special Thursday night session for participants and members of Resurrection, discussing his new book, “The Second Mountain: The Quest for a Moral Life.”

Participants also included J.J. Warren, an LGBTQ college student and candidate for ministry from the Upper New York Conference, who gained attention for a heartfelt plea for inclusion on the floor of the St. Louis special session.

“All these things have evolved rather quickly and late in the process,” Burgess said of the plans, finalized just a week before the Institute. “We’ve just been rolling with the punches, and as we have the information, we try to get it out.”

Nearly 2,500 United Methodists attended the Leadership Institute, the largest attendance yet, Burgess said. They represented 1,360 churches – churches were asked to limit attendance to two people – from 46 states in all 54 annual conferences.

While previous Institutes were open to all denominations, organizers determined that post-St. Louis, it would be only United Methodists in attendance.

“We said, ‘We need to have some time just for our family,’” Hamilton said in the opening session.

Volunteers from Church of the Resurrection, which has the largest membership in the denomination, were put into use for the three-day event. More than 360 volunteers worked 1,066 hours, Hamilton wrote in his weekly email.

“Our guests were in awe of your hospitality and so deeply moved by the hospitality and welcome of volunteers and staff,” he wrote. “Thank you! I’m so proud of each of you.”