Bishop Ruben Saenz Jr. issued the following letter to the Great Plains Conference on Thursday, Aug. 26, 2021, regarding tragic situations in Haiti and Afghanistan.

Dear Clergy and Laity of the Great Plains Conference,

Grace and peace to you in the name of Jesus Christ, in whom our eternal hope rests. I am writing today to urge your congregations to pray during Sunday’s worship services — as well as before and ongoing — for the tragic circumstances surrounding the magnitude 7.2 earthquake that struck Haiti on Aug. 14 and the stressful evacuation efforts in Afghanistan. One is a natural disaster, the other a political collapse. Both are taking a heavy human toll. 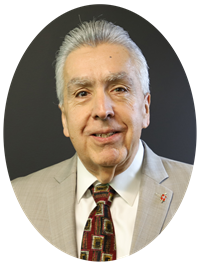 Haiti already was among the world’s poorest countries. Some of the damage from a powerful 2010 earthquake had yet to be repaired when the huge temblor and aftershocks hit earlier this month. In the days after the recent earthquake, a hurricane hit this ravaged country. More than 2,200 people are known to have died from the quake and/or the storm. The real death toll is likely higher.

The incredible surge by the Taliban to re-take Afghanistan even as U.S troops withdrew from the country caught many people by surprise. The U.S. military is working bravely to airlift tens of thousands of American citizens and Afghans who worked with American troops during the 20-year war to safety before an Aug. 31 deadline that Taliban officials have said they will not allow to be extended. During evacuation efforts, U.S. troops have had to deal with suicide bombers, other violent acts and crowds of Taliban supporters that make the troops’ mission even more difficult to complete.

Our hearts ache for the people of Haiti and Afghanistan. The anguish and misery of people in these two countries will not go away anytime soon. So please join me in prayer for God’s wisdom to guide decision-makers in both countries and beyond to make life-giving and life-saving choices for those who suffer.

As United Methodists in America’s heartland, we can play a role in supporting the people in Haiti and Afghanistan by donating to the United Methodist Committee on Relief (UMCOR).

We cannot alleviate all the suffering of the people in these two countries. But we can do as Jesus commanded and show concern by giving to relief efforts through UMCOR for these people who have lost so much. Let us as a conference “pray without ceasing” (1 Thessalonians 5:15-18) for the people facing peril in Haiti and Afghanistan.