Bishop Ruben Saenz Jr. has released the following letter to the people of the Great Plains Conference regarding the treatment of women and the need for an improved show of respect for women in light of continued allegations of sexual misconduct against high-profile men and news reports.

Sisters and Brothers of the Great Plains Conference,

Over the past two years, more than 200 powerful and influential people – celebrities, politicians, CEOs, and others – have been the subject of sexual misconduct allegations. Every day, survivors of gender-based violence are coming forward to talk about their personal experience, breaking the culture of silence, courageously overcoming power inequalities, and bringing the world to take reports of harassment, assault, and abuse very seriously.

The mistreatment of women is historic and lamentably, far too widespread and normalized, and robs our wider society of valuable resources women can offer. Gender-based violence against women adversely affects their well-being, limits their humanity, frustrates their hope, and constricts their possibilities in life. Any form of violence against women is not in agreement within God’s vision for our relationships with each other.

Scripture records that Jesus treated women with utmost respect and dignity. He spoke openly with them and led them to faith in him (John 4). He healed them in public, answered their prayers and petitions, and praised them for their faith. Far from rebuking them or casting them aside, He instead accepted them as His disciples then, just as he seeks them to be His disciples now (Luke 8:1-3).

The church is called to be a prophetic voice in addressing the dark, hidden, and silent social reality of mistreatment and violence against women in whatever forms they present themselves. Our United Methodist Social Principles –  found in ¶161 II of the Book of Discipline – speaks of how we “reject the erroneous notion that one gender is superior to another” (¶161 II F), how “we encourage the church to provide a safe environment, counsel, and support for the victim” in incidents of family violence and abuse  (¶161 II H), and how we view sexual harassment as creating “improper, coercive and abusive conditions wherever it occurs in society” (¶161 II J).

Our United Methodist churches are welcoming places for women, survivors of gender-based harassment and violence, and for those who feel powerless. I encourage our pastors to teach and preach on the subject of gender-based inequality, harassment, and violence so that our churches can embody the example of the one who dignified and welcomed women as friends and full participants in his saving mission for the world, Jesus Christ our Savior and Lord. 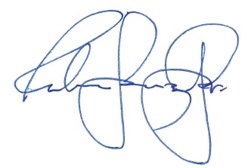