Churches have first week of COVID testing; second round this week 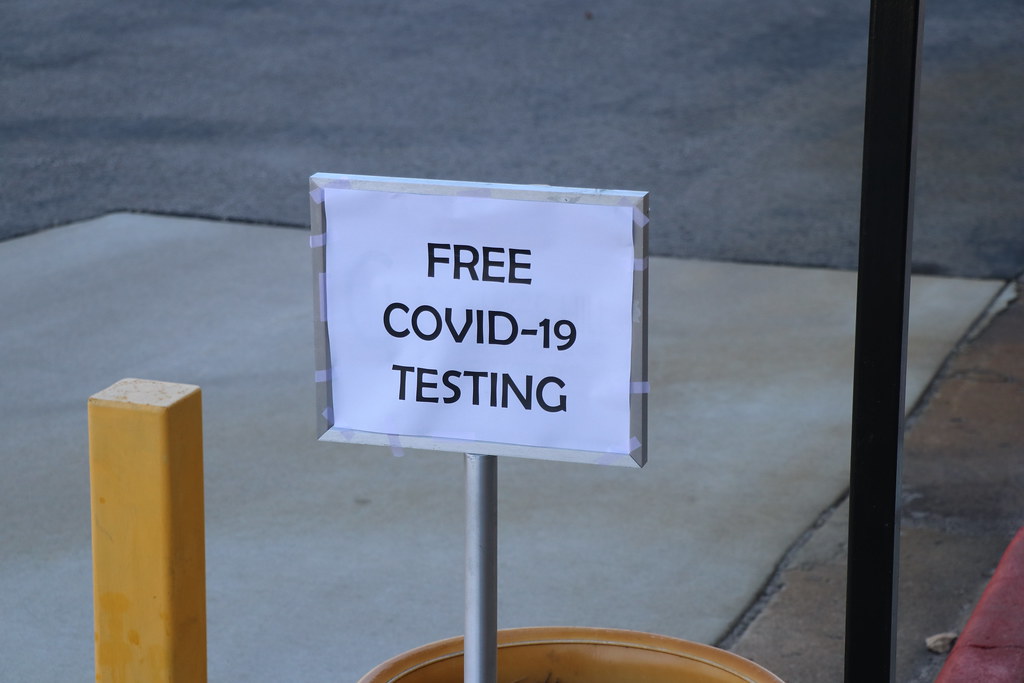 In front of her fellow members of Wichita College Hill UMC, Ann Reed wondered aloud if she’d have enough spit to take a test for COVID-19.

The retired hospital human resources employee was one of 30 people who took COVID tests Feb. 4 at the church. College Hill was one of three United Methodist churches in the state to conduct testing, in a pilot program between the Kansas Department of Health and Environment and the Great Plains Conference.

“I’m so touched that the church is being able to offer this service,” Reed said after taking her test. “If it had been anywhere else other than the church, I might not have come. I felt very comfortable coming here.”

Reed said she was appreciative that her church was conducting the tests.

“I tear up when I think about what College Hill and what the Methodists are doing to help with this horrendous tragedy, this situation,” she said. “It is just incredible what we’re all having to go through, having to figure out how to go through it together.”

Twenty-three people took tests in person, said the Rev. Jill Sander-Chali, College Hill pastor, and another seven were given for people to take home.

The tests were the first of two weeks at three churches in Kansas. Testing resumes this week:

Sander-Chali, as well as other staff members and church volunteers, were dressed from shoulder to ankle in bright blue, plastic PPE covering, and all were wearing clear face guards. Sander-Chali was among those wearing two facemasks.

She said the church was looking for ways to help at the same time that the Rev. Hollie Tapley, disaster response coordinator for the conference, was seeking churches to be part of the pilot program.

“It’s a cornerstone of this congregation to just be open to everyone, to take each person as they are, to love each person deeply and extravagantly,” Sander-Chali said. “I think that’s part of where the desire to be a testing site came in.”

The pastor said having a testing site affirms that the church as a whole agrees with medical experts.

Sander-Chali described College Hill as being in a “walkable neighborhood,” with residents who might not want to go to the larger testing sites such as the Intrust Bank Arena in downtown Wichita.

“It’s a desire to serve the people that we’re amongst,” she said.

Leading the volunteers was Mike Owings, who flooded his social media with requests for friends to come by the church for the free tests.

Owings said those who took the test reported a good experience.

“They think it’s great. They think it’s the best thing they’ve ever done,” he said. “Some of them have been waiting and skeptical. Some of them are afraid to do it. Once they saw CHUM and that we were partnering, they said, ‘Oh this is simple.’”

In its first week of testing, Dighton UMC had four participants.

The Rev. Berniece Ludlum, pastor of Dighton and Beeler churches in western Kansas, said two of those who took the test were relieved to hear they did not have to quarantine after taking the tests, which they were incorrectly informed before entering the church.

Ludlum said she was glad that Dighton and the other churches were part of the testing sites.

“I think it shows that we are actively trying to be engaged in something,” she said. “I keep telling my church, the worst thing is that feeling of helplessness, that we have not been able to do anything. And here is our opportunity to do something positive toward this struggle to get us to get us back to some sort of normalcy so we can make sure our brothers and sisters in the community are healthy and safe.

“I think it shows the church truly cares about our communities,” she added.

In Liberal, nine tests were administered at First UMC.

“Generally, people were very positive. It was very simple, and we only had one technical glitch,” the Rev. Brad Bennett, the church’s pastor, said.

Bennett was among those taking the test and was surprised that he received the results that night, especially after instructions said notification would come in seven to 10 days.

“I was really amazed by the turnaround,” he said.

“In general, people felt good about it. I think people are happy we’re trying this pilot out,” Bennett added.