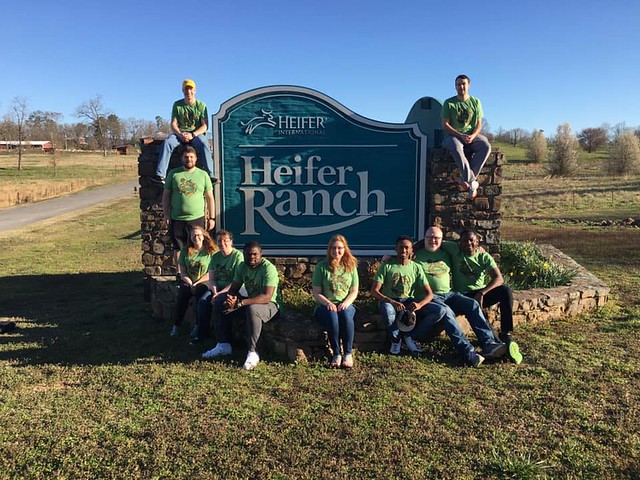 While others at their colleges might have been enjoying the sun and fun of spring break, campus ministries of several Great Plains schools were instead exploring service and becoming the hands and feet of Jesus for those less fortunate.

Here’s a look at what the students accomplished:

Seven students from the University of Kansas’ Wesley KU Campus Ministry, along with two adults from a local church and campus minister Susan Mercer, went to Puerto Rico, serving in and around San Juan and repairing damage from hurricanes.

Mercer reports: “We were divided into two work teams. One team removed and replaced a roof for a couple, Rafy and Gloria. I was on this team, which also happened to be composed of five women. Rafy and Gloria were skeptical, when we showed up! Gloria asked the foreman (and later, me) if we shouldn’t get some more “hermanos” – Spanish for ‘brothers’ or men! On Day 2, Rafy took pictures of our team because his friends didn’t believe five women had been sent to rebuild his roof. On the final day, as we were preparing to leave, Rafy broke into tears. Earlier in the week, Rafy told me their story. He and Gloria had been displaced from their home for about a year after the hurricanes. Their home had been filled mud from the adjacent hillside which had to be cleaned out, and then they had to wait for electricity to be restored. Their roof was also damaged in the storm, but they had been unable to replace it, so it was covered in tarps which leaked, especially in their bedroom.

“While we worked, Gloria and friends prepared lunch for us and delicious snacks, and Rafy and a friend worked with us and the foreman. I was particularly struck by the balance between work, fellowship, and play that they had, and also the joy. It’s been nearly two years since the storms hit, but they weren’t sad or angry. They knew they had all they needed, and celebrated life with gratitude and thanksgiving.”

Nine representatives from Kansas State’s K-State Wesley ministry traveled with their KU counterparts to Puerto Rico but were stationed in different camps on the island.

From Chelsea Shrack, campus minister: “Our K-State Wesley team was stationed in Patillas, PR, where we worked with UMCOR to help with continued hurricane relief. Our projects included roof work, replacing windows and doors, and scraping off water-damaged paint and repainting (exteriors and interiors). The trip was very well organized -- each work team had a translator and local foreman assigned to them to make everything run smoothly. We loved getting to know local Puerto Ricans and enjoyed learning about their culture (and eating their tasty local food)!

“Our most moving moments came through our bonds with our new Puerto Rican friends, who were so welcoming, hospitable and grateful for our help. Other moving moments came from our nightly devotions on the beach. Every night our team would gather at the beach to enjoy God's beautiful creation and share with each other our ‘God sightings’ from the day.  This was a wonderful experience and our team is forever bonded by our memories.”

United Methodist Campus Ministry at Emporia State University traveled to Heifer International’s Heifer Ranch in Perryville, Arkansas, for a week of service-learning over spring break. Eight Emporia State University students traveled with campus ministers Kurt Cooper (ESU) and Melissa Hasty (Wichita State). While at the Ranch, students had the opportunity to participate in service-learning activities that challenged their understandings of world poverty and hunger.
Heifer International works with communities to alleviate poverty and hunger through the gift of livestock and training in their care. This is done in a method that emphasizes community assets, long term sustainability, and that is environmentally sound. Students participated in learning exercises and service which emphasized the key components of the methodology of Heifer International.

On Tuesday night of the week at Heifer Ranch students spent the night in the Global Village poverty simulation.

The group finished out its week discussing how food is distributed in the United States and working farm chores at Heifer Ranch. The trip was made possible through a grant from the Peace with Justice Ministries of the Great Plains Annual Conference.