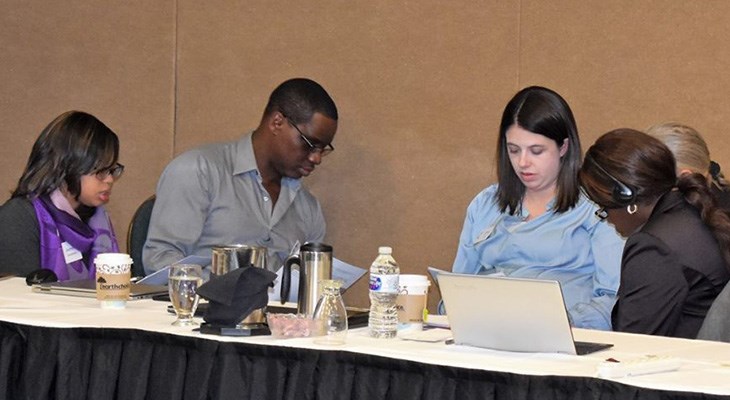 The Commission on a Way Forward is fleshing out the details of three possible models for how the denomination treats LGBTQ inclusion.

“Some commission members prefer one sketch; others prefer a different sketch,” the Rev. Tom Lambrecht said. “There’s no one sketch that predominates how we think is the best way to go forward.”

The bishops also have asked the commission to draft a theological statement that both informs the three models and creates a compelling narrative for them.

The three options, in no particular order, are:

All three models come with a way for churches to exit the denomination.

While United Methodists have bandied about the first two options in earlier church discussions, the third is different from what comes before.

“The multi-branch option is intended to provide a space within the overall church where different groups could operate according to their conscientious beliefs,” Lambrecht said.

“Structurally, that’s still under development as how that would look. But I think the intent is that it would abide by one of the principles we operate under, which is that there would be no winners or losers in this scenario.”

However, Nuckols — a Minnesota Conference lay leader and treasurer of the Connectional Table — sees the first and third options as ultimately untenable. He favors something along the lines of the second option, which offers more local decision-making.

“Our bishops requested ‘contextual differentiation,’” he said. “That means allowing more space so that we can each succeed in varied mission fields and so that we no longer litigate a single uniform church law treating married homosexuals differently than married heterosexuals.”

He said the second option offers space within one church, while the third offers space between different branches.

“The simpler Space Within approach cultivates greater tolerance as a sustainable path to unity, discipleship and mission,” he said. “The well-intentioned but complex Space Between approach offers structural co-existence, but in my opinion, its long-term consequences will be instability and schism.”

Lambrecht is a leader in the advocacy groups Good News and the Wesleyan Covenant Association — both of which advocate for maintaining the church’s restrictions.

“I think it’s fair to say most evangelicals would prefer to see an option similar to option one — whether that’s realistic at this point is up for grabs,” he said.

The bishops will use the commission’s work to develop legislation that will go before the 864 lay and clergy delegates of a special General Conference on Feb. 23-26, 2019, in St. Louis, Missouri.

The special meeting of The United Methodist Church’s top lawmaking assembly will be limited to acting on a report by the Council of Bishops. Nevertheless, at least some United Methodists are already drafting their own plans to propose as substitute legislation.

While the Wesleyan Covenant Association has not decided whether to submit its own legislation, Lambrecht said he knows of individuals who are working on their own proposals.

At the beginning of the recent commission meeting, Council of Bishops President Bishop Bruce R. Ough offered some advice to the commission members.

“Time is running short and we need to focus,” he said, according to a commission press release. “Simple is better than complex. Reasonable detail is better than ambiguity. Fewer disciplinary changes is better than more. Honor the parameters and values of the ‘mission, vision and scope’ document — unity, contextualization and enhanced mission.”

Retired Bishop David Yemba of the Democratic Republic of Congo also urged the commission to keep the denomination’s global nature in mind. Yemba is one of three bishops serving as commission moderators.

“Many United Methodists outside of the United States would like to see the context be taken into consideration seriously,” he said, according to the press release. “Whatever models the Council of Bishops will come up with and recommend to General Conference as a way forward, it is expected that such a recommendation will provide space to focus on what unites us and not what separates us as well as what we can say together as basic principles on human sexuality in the light of the Gospel.”

The Council of Bishops will have a special meeting in February to review the commission’s work. The commission has two more meetings scheduled this spring. The bishops have a deadline of July 8 to submit their petitions to the special General Conference.

Heather Hahn is a multimedia news reporter for United Methodist News Service. Contact her at (615) 742-5470 or newsdesk@umcom.org. To read more United Methodist news, subscribe to the free Daily or Weekly Digests.