The people of the Great Plains Conference are mourning the death of Dr. Martin Salia, along with the rest of the global community. We are grateful to God for his sacrificial service in caring for the people of Sierra Leone. The United Methodist Church continues its commitment to helping to eradicate the global Ebola epidemic and we pray for all of the victims and those fighting this disease. We know the University of Nebraska Medical Center is still a place of hope and healing and hold their staff in our prayers.

We will continue to offer the opportunity for people to give to the Salia fund to help Mrs. Isatu Salia and her family pay medical and transportation expenses from this devastating ordeal.

Dr. Martin Salia contracted the Ebola virus while treating patients in Sierra Leone, and was transported to the Nebraska Medical Center (UNMC) in Omaha on Saturday, Nov. 15, in “extremely critical condition, including kidney and respiratory failure. Dr. Salia had initially tested negative for the virus; but a subsequent test came back positive on Nov. 10.

Monday morning Dr. Salia went into cardiac arrest, from which he was not able to recover. While the staff at UNMC is deeply saddened and grieving, they do not feel defeated. This case solidified their determination to care for Ebola patients. "Our staff is taking this extremely hard. We did everything we could," said Dr. Jeffrey Gold, chancellor of the University of Nebraska Medical Center, in a press conference on Nov. 17.

While at the UNMC Salia received two forms of interventions, ZMapp (provided by pharmaceutical company) and convalescent plasma (donated by an anonymous Ebola survivor). The Nebraska Medical Center staff worked around the clock in their efforts to save Dr. Salia who "arrived [in Nebraska] on day 13 of his illness with Ebola. The earlier you start supportive care, the better," said Dr. Phil Smith, medical director of the Biocontainment Unit at the hospital, answering questions during the press conference.

A native of Sierra Leone with ties to Maryland where his wife and two children live, Dr. Salia trained as a doctor in Sierra Leone's College of Medicine and Allied Sciences. He served at Kissy United Methodist Hospital and at least three other medical facilities in and near Freetown. Although none of those locations were designated as Ebola treatment centers, many cases of Ebola occurred in the area. In an interview with United Methodist Communications earlier this year, Salia talked about how important it was for him to work at a Christian hospital. Read more about Dr. Salia at UM News. 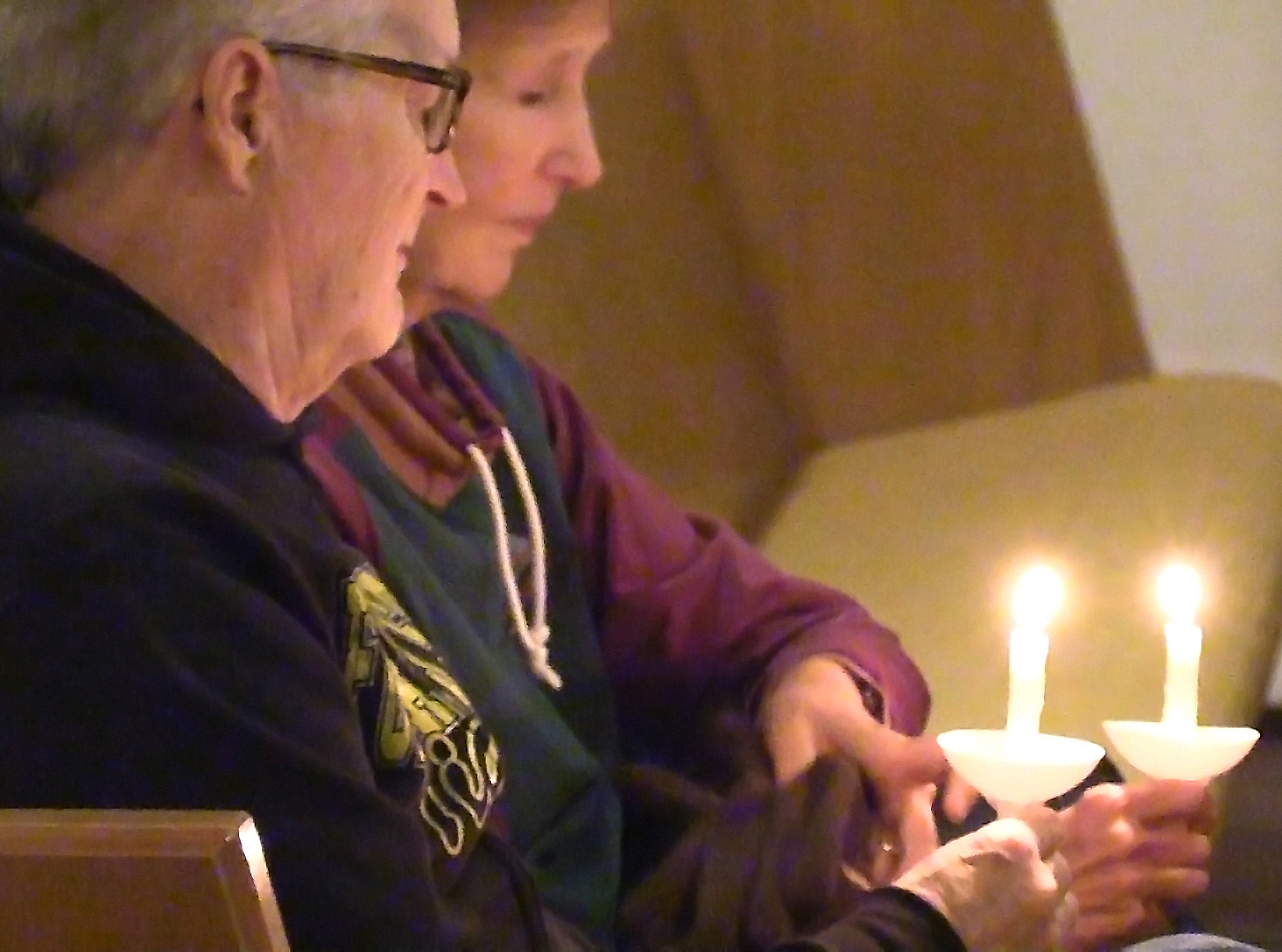 Sunday night Hanscom Park UMC hosted a vigil to lift up Dr. Salia and his family, and to pray for families across the globe suffering due to the Ebola virus. Download the liturgy. The Rev. Dan Flanagan and the Rev. Zach Anderson led the special service as more than 40 people braved the cold and gathered in the church to offer prayers, sing hymns of worship and write notes of thanks to be delivered to the Salia family.

Lighting candles to symbolize the light of Christ and the worldwide community of Christians coming together, vigil attendees prayed for healing and wisdom for a global family fighting against Ebola. Following the service, offerings were collected to support the Salia family's expenses and many stayed to create hand-written messages of thanks to Dr. Salia and his family.

Dr. Salia's family made the decision to have him evacuated to Omaha, Nebraska, at their own cost of about $200,000. The Great Plains conference established a fund to benefit the Salia family by helping cover the cost of transportation and related medical costs. Consider having your own vigil in support of ending the battle with Ebola and please give to help the Salia family.

Contributions for the Salia family can be made online or sent to: Great Plains Conference, P.O. Box 4187, Topeka, KS 66604. 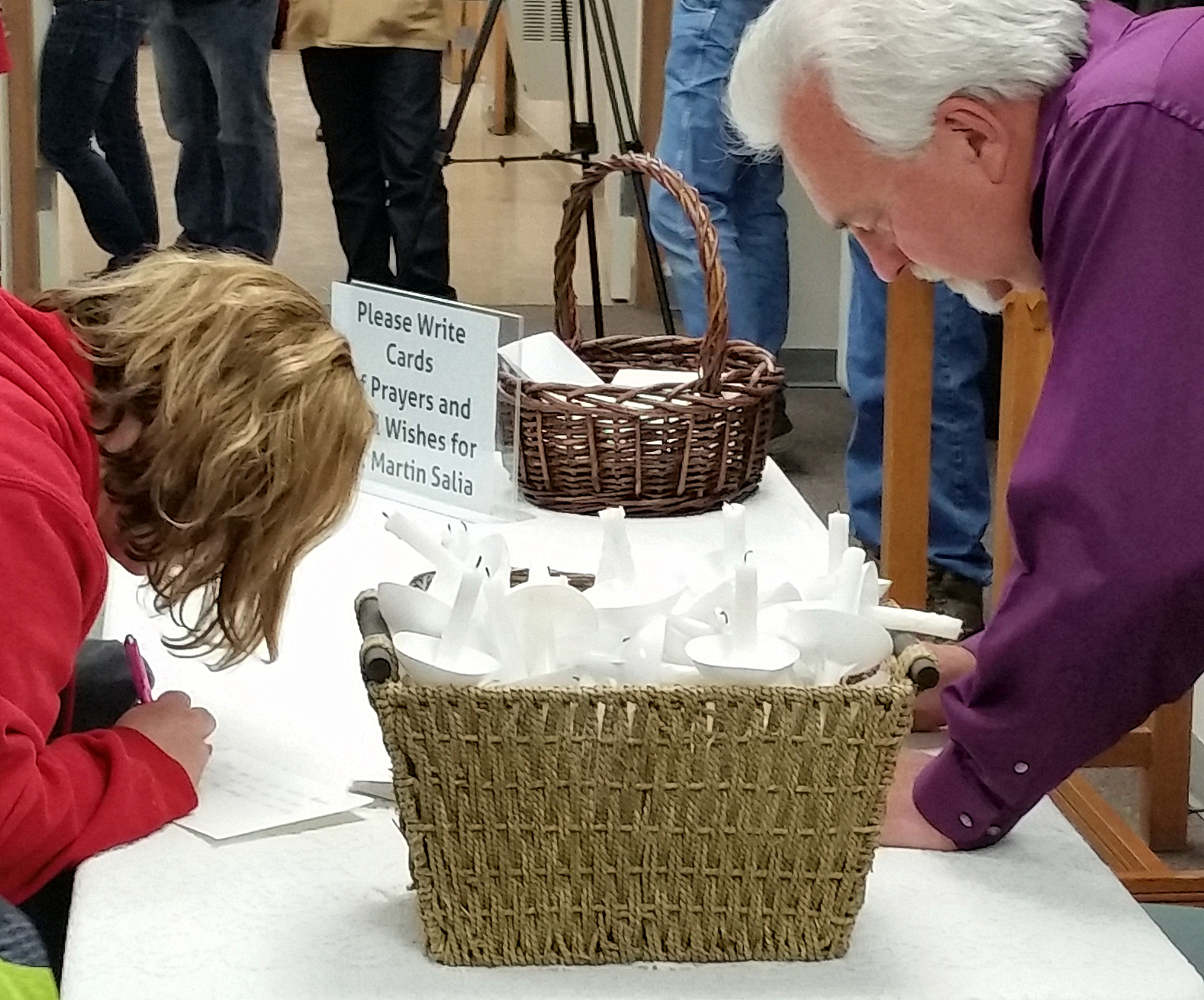 United Methodist Committee on Relief (UMCOR) is working with partner organizations to respond to the ongoing Ebola crisis in West Africa and already has issued more than $400,000 in grants. Our primary partners have been the United Methodist Church (UMC) Health Boards in Sierra Leone and Liberia. The International Disaster Response unit at UMCOR is collaborating with Global Health to provide weekly support to these health boards, as they fine-tune their strategy for combating the disease. Your gifts to International Disaster Response, Advance #982450 enable this response and are the best way to make a difference in the struggle against the spread of ebola.