He and other sound technicians across the country are learning that any equipment they have purchased that is in the 600 megahertz range will soon be illegal, as the Federal Communications Commission has sold that frequency for cellphone use.

At St. Mark’s, all-new sound equipment was purchased when the sanctuary was remodeled and reopened in 2009.

“There’s nothing wrong with it,” Hillhouse said. “This equipment’s basically got 15 more years of life in it, and it’s going to the recycler.”

Also in 2009, the 700 mHz frequencies were given over to emergency vehicles for first-responders.

Cell provider T-Mobile, the largest purchaser of the frequencies, is using the additional spectrum to create 5G cell service. The company will begin using it later in August, Hillhouse said.

“T-Mobile, I guess rightly so, said we paid dearly for this, so we’re getting our money’s worth right now,” he said.

About three-fourths of St. Mark’s sound equipment, 18 to 20 microphones, will have to be replaced, Hillhouse said. The cost is about $1,400 apiece, he estimates.

“This is financially crippling,” he said.

Dealers are offering only $100 to $250 in rebates to those who bought the 600-mHz products and are trading them in for new equipment, Hillhouse said.

“It’s not like it makes it easier,” he said. “Why aren’t end users, little guys like us, given three years to prepare for an expenditure of this magnitude?”

Wichita-based Kent Audio Visual produces audio and projection for large Great Plains Conference events, such as the annual conference session. It also provides sales and services for audio-visual needs for companies and organizations large and small. Many of its products work within the 600 MHz range, rental director Matt Butler said.

“What hurts a lot is the entertainment market and churches with wireless mics and in-ears (receivers) and everything like that,” Butler said.

Butler recommends that churches contact whoever installed their sound system for the next steps. KentAV and companies like it also are ready to assist, he said.

“Most of the big manufacturers are offering trade-in specials that’s going to be in the 600 frequency. You can get a certain percentage off,” he said.

Hillhouse additionally recommends that the dealer and technician are reputable.

“I would advise sound techs or tech people or pastors to get in touch with the people they normally utilize,” he said. “A professional place of business that’s an authorized distributor of the equipment. Get in touch with a professional, and they will help you sort out the details.

“Too many times I’ve seen situations where a guy walks up to a rack, knowing that the church doesn’t know what the specifics are,” Hillhouse added. “Some might need to be replaced, some don’t. The church might spend more than is necessary due to an unscrupulous salesperson. I’ve seen it happen, and it’s absolutely nasty.”

Here is information from the FCC about the changes in wireless microphones.

Here is information from Shure, a leading mic distributor, on how to find the frequency. 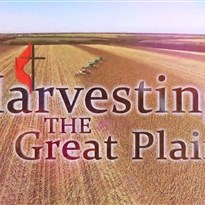