Four foreign-born clergy from the Great Plains Conference shared their perspectives — and their frustrations — in the second in the series of “A Time to Listen” webinars on July 25.

All said they were bothered by the civil unrest that has taken place in throughout the country this summer.

“I feel anything can happen, and I have no powers to stop it,” said the Rev. Dr. Charles Murithi, a native of Kenya and pastor of Nebraska City UMC. “This goes against the spirit of this country. The spirit of freedom, the spirit of expression is no longer there.”

The Rev. Kibum Kim, pastor of Wichita Pleasant Valley UMC, said he was reminded of the civil unrest in his native Korea while he was in college there.

“I am pretty nervous about what’s going on,” he said.

Rev. Ever Mudambanuki, pastor of Bennington and Solomon churches in Kansas, said some of the recent events have “shaken terribly” her faith.

“I’m scared and at the same time trying to maintain the faith, asking God every day to increase my faith,” the Zimbabwe native said.

All of the pastors said they have felt discriminated against, not necessarily by their congregations but by strangers.

Angie Vertz, pastor of LaCrosse-Otis-Bison UMCs in Kansas and a Korean native, said she’s been told “go back to your country” by strangers.

Kim said he has sensed increased hostility since the beginning of the coronavirus pandemic, believed by many to have begun in China.

“We’ve been singled out as the persons who ‘carry’ or are responsible for this pandemic,” he said. “For people with my skin color, whether we are Korean or Chinese or Japanese, this has been a really difficult time, especially as it is known or called ‘China virus.’”

Kim said that during a recent trip to a hardware store, he was coughed upon by a woman without a mask — “It was fake coughing, I could sense that,” he said.

“This virus, this pandemic has become a racist excuse to use against (Asian) Americans,” Kim said. “It is a difficult time for all of us, but for Asians, for that reason, being singled out for being held responsible, which is not true.”

The African-born members of the panel said they were not aware growing up about the oppression that Blacks faced in the United States. Murithi said he was not aware of slavery until watching the miniseries “Roots” on television.

“We never really had a full picture of what had happened to our brothers and sisters here,” he said.

The Rev. Dr. Rose Booker-Jones, a retired district superintendent now living near Wichita and moderator of the discussion, said that growing up in Great Bend, Kansas, she had never met an African.

“I felt that Africans believed they were better than we were,” Booker-Jones said. “We did not know Africans were not aware of what we were experiencing, so we felt you did not care.”

Vertz said she felt the cabinet and conference could be more welcoming to its foreign-born pastors.

“We may have lack of language skill, but there’s something more and something out there. Oftentimes, I’m thinking, ‘Do I belong here?’,” she said. “Maybe it’s time to change their attitude.”

The Rev. Dee Williamston, Salina-Hutchinson district superintendent and organizer of the “Time to Listen” webinars with the Rev. Nicole Conard from the congregational excellence team, began the July 25 session with a tribute to the Rev. John Lewis, longtime Georgia congressman, and the Rev. C.T. Vivian, civil rights leader, who both recently died.

“We know we will be able to carry on their dreams as we move forward,” Williamston said.

The third and final installment in the “Time to Listen” series is titled “Where do we go from here? Voices of diverse clergy serving in the Great Plains Conference,” and is scheduled for Saturday, Aug. 8. Panelists will include Bishop Ruben Saenz Jr., as well as the Rev. Kathy Williams, Holton UMC; Rev. Dr. Jeff Gannon, Wichita Chapel Hill UMC; Rev. Andrew Finch, Hiawatha UMC; and the Rev. Chris Jorgensen, Omaha Hanscom Park UMC.

Here is the link for the Zoom webinar. 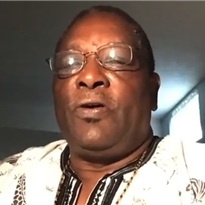