“Stop the debt trap!” was a common refrain during the first rally by Kansans for Payday Loan Reform, a grassroots organization protesting the 391% interest rate that can be charged by lenders.

“Today we are sending a message to Kansas lawmakers that enough is enough,” Deacon Anne Flynn, archdeacon of the Episcopal Diocese of Kansas, said at the Oct. 9 rally at Countryside United Methodist Church in Topeka.

The Rev. Sarah Marsh, mercy and justice coordinator for the Great Plains Conference, said the group is pushing for Kansas to have the same payday loan limits as other states, including a cap on interest; the ability to pay in installments rather than a lump sum; and limit the amount of repayment from a paycheck to 5%.

“Kansas is behind the curve on getting those three protections in place,” Marsh said. 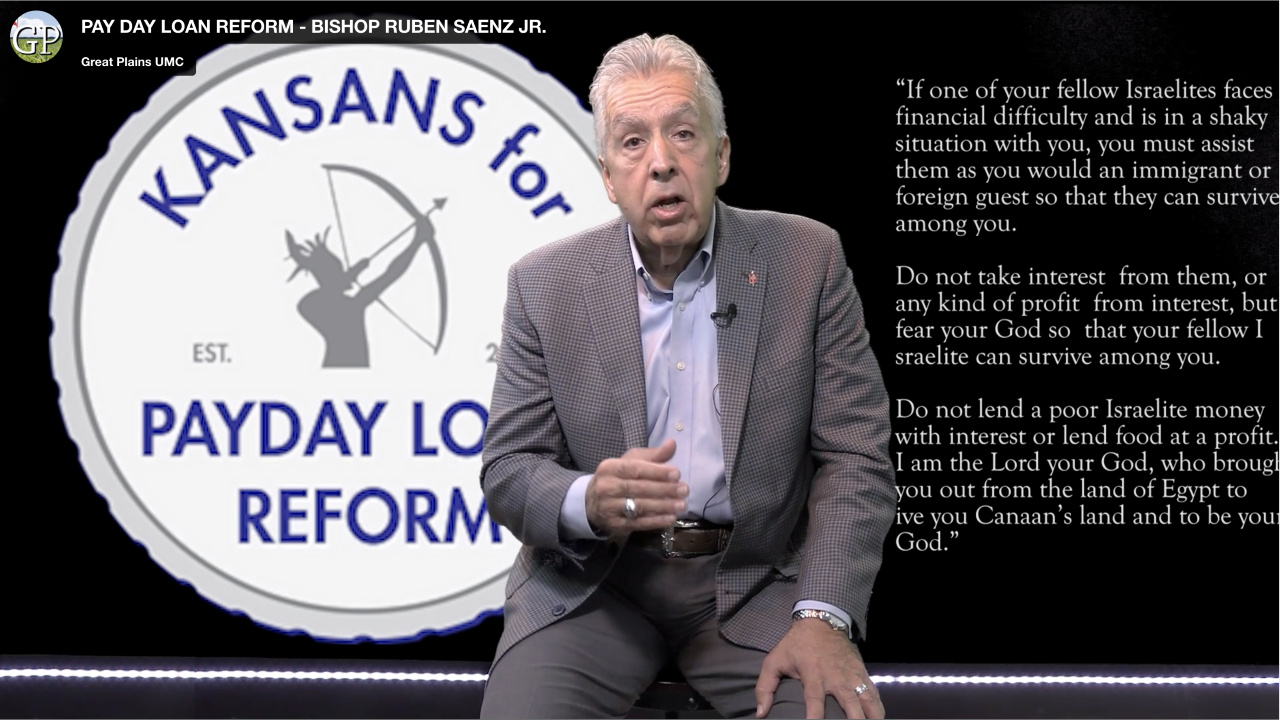 Thirty organizations in Kansas, she added, are working with the payday loan reform group, and surveys show a majority of Kansans are in favor of reform.

“We are working to build this movement,” Marsh said.

Kirk Haskins, a Democratic candidate for the Kansas House, was the only candidate to appear at the Topeka rally. A member of Topeka First UMC, where he taught the Dave Ramsey debt repayment program, as well as being a business professor at Baker University, called the reform plan “a logical, win-win approach.”

The Rev. Annie Ricker, pastor at Berryton and Lecompton Big Springs UMCs, has detailed the struggles she had with payday loans early in her career.

Ricker said other attempts have been made to curb the payday loan limits.

“This time we will not fail,” she said. “We want to build the groundswell of enthusiasm for what we’re doing.”

The rally, the first of several in Kansas, will lead to a “week of action” on Jan. 24.

“Our legislature responds when they know how important something is to us,” Ricker said.