Interns bond before being sent out to GP churches 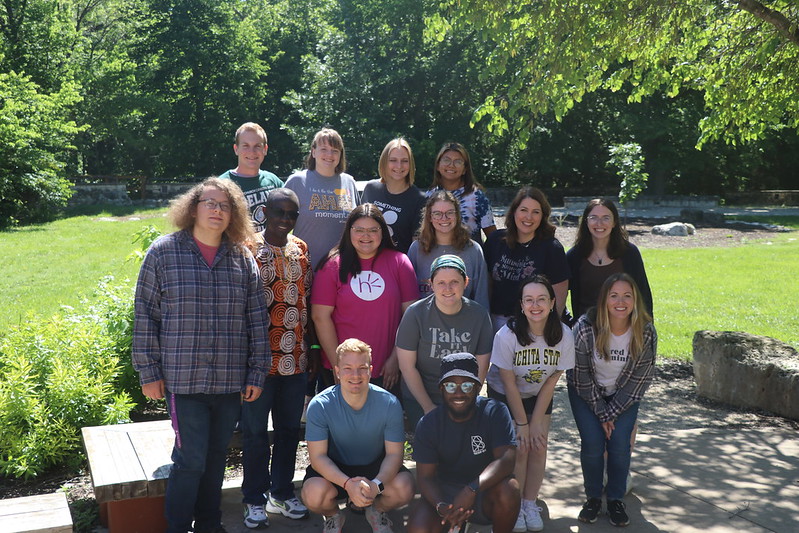 When it came time to pose for a group picture at the end of their three-day orientation, the youth ministry and pastoral interns for the Great Plains Conference instinctively locked shoulders as a demonstration of the closeness they felt after their experience.

Their leaders say it’s indicative of the nearly instant bond they shared. 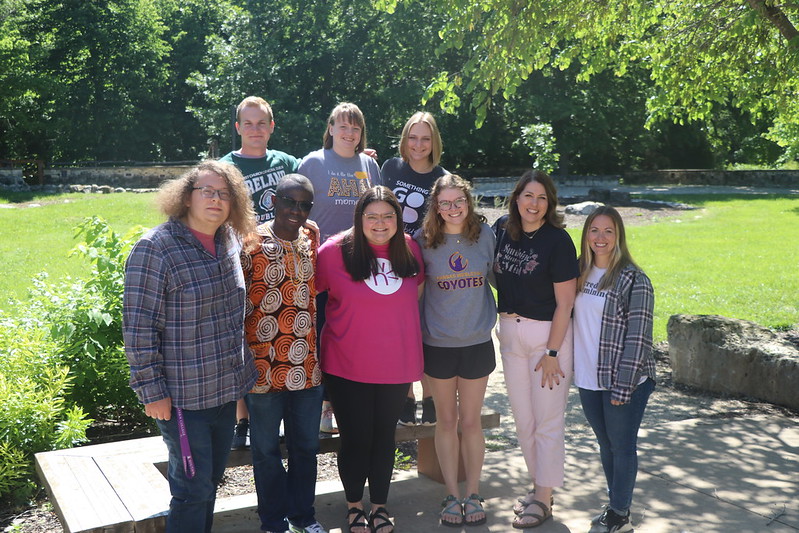 “I was impressed with how quickly they connected with each other,” said the Rev. Melissa Collier Gepford, intergenerational discipleship coordinator. “By the end of the first day, they were hanging out, laughing, joking. I was excited to see them be back in person.”

“Everyone values being together in a way they didn’t before COVID,” added the Rev. Ashlee Alley Crawford, clergy recruitment and development coordinator. “They didn’t have to hang out with each other in the evenings, but they chose to.”

Seven youth ministry interns, two pastoral interns and the six members of the Micah Corps gathered for the first time in two years from May 31 to June 2, at Rock Springs 4-H Ranch south of Junction City, Kansas. The conference provides matching funds for churches with interns.

Gepford and Crawford said it was important to give the interns a foundation before they joined their churches.

“It invites them to be able to think pretty reflectively about the experience they’re having,” Gepford said. “We’re laying not only a spiritual foundation but also preparing them to be intentional and learn and be open to learning. It will be fun, but it’s not just about a fun summer experience. It’s an opportunity to grow spirituality. We’re preparing the soil, planting the seeds, and giving them an invitation to grow intentionally.”

“They chose to do this among other things and they’re all excited to see what the summer has in store and what God may have to do in them and through them,” Crawford said. “There’s a lot of passion in this group.”

One element introduced during the pandemic will remain, they said – a biweekly online check-in that will connect them with both their leaders and each other.

Among the children and youth interns is Katelyn Ellis, who will be serving her home church, Lincoln Horizons Community UMC. Her summer will include weekly events, summer camp and vacation Bible school.

“Not only do I hope to help these students grow in their relationship with Christ, I hope to become a better leader, a better communicator, and just a better person overall,” Ellis, a student at Bethel University in St. Paul, Minnesota, said. “Children and youth are like my world. This is what I feel called to do.”

One of the pastoral interns is David Makobo, who will spend the summer at Garden City First UMC.

“I want to learn more about the whole church, how to manage and lead the church, the different aspects of the church,” Makobo, a native of the Democratic Republic of the Congo, who served eight

years as a missionary in Senegal and is now in the process of getting his masters of divinity from Garrett-Evangelical Theological Seminary in Illinois.

Gepford said it is important for the interns to get support from the pastoral staff, church members, and their own newfound colleagues.

“Anyone who is exploring and discerning a call to ministry benefits from having support and community come alongside and offer them resources,” she said. “They benefit from connecting with other people around their age and their generation who are exploring call and is listening to how God is moving to their life.”