Justice For Our Neighbors-Nebraska (JFON-NE) client Roberto is a native of Nicaragua. Living in abject poverty with his mother and younger siblings, he didn’t even have shoes. When he was 16, he decided to reunite with his father in Nebraska and find a way to support his family. It didn’t quite work out as he planned. 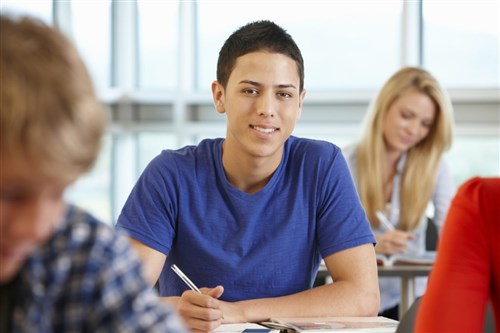 Upon arrival in the United States, the teen was taken into custody. His time in detention was the first he had ever seen running water.

His remark on being in jail was, “I saw the water and thought I have come to a beautiful place.”

Roberto was released to reunite with his father. Upon arriving in Nebraska, he discovered his father had become an alcoholic. His father soon abandoned Roberto, leaving him completely alone in an unfamiliar country.

One of Roberto’s classmates at school heard of his plight. His family took Roberto in. A teacher learned of his need and helped him to contact Justice for our Neighbors for legal representation. The case was assigned to Virginia Maynes, the JFON-NE Child Welfare Managing Attorney.

Virginia helped Roberto successfully apply for special immigrant juvenile status. She was then able to terminate his removal case, which paved the way for him to gain permanent residency status.

As a permanent resident, Roberto flourished. He has since graduated from high school and is now working full time, saving his money with plans to attend college. While looking forward, he has also looked back, counseling children in circumstances as desperate as what he once faced to seek a consultation with JFON-NE.

Roberto is a JFON-NE success story. We hope to see him pursue his dream of college and hope to someday see him walk across the stage to receive his diploma – in bright, shiny shoes.

To learn more about the work of JFON-NE or give a donation to its ministry, go to: www.jfon-ne.org.

JFON-NE, a United Methodist ministry and one of the Great Plains mission agencies, is part of a national network of JFON sites.