Seeing and nurturing the beauty inside of others was Bradley J. Andrews’ message to faculty, students and alumni of Southwestern College, as he was inaugurated as the Winfield, Kansas, school’s 19th president on April 14.

“This is education,” Andrews added. “This is the special gift of educators.”

The inauguration of Andrews -- a 49-year-old Miami native who rose through the ranks at Carthage College in Kenosha, Wisconsin – was a part of Southwestern’s Founders Weekend celebration.

Finding beauty is not an easy task, he conceded.

“It is quite difficult to see the beauty inside of those we disagree with; those we oppose in our most strident voice; those who would deny us what we desire or cherish; those who are fighting against what we are busy fighting for,” he said.

Southwestern is one of four United Methodist-supported college in the Great Plains Conference.

Among those with on-stage welcomes to Andrews was Great Plains Bishop Scott J. Jones.

“You have come to a place that is already doing it better than most,” Jones said of United Methodist-themed service and education.

“Brad chose his position because he actually liked college students,” Andrews’ wife, Trish, told the audience at the inauguration. “That kind of commitment cannot be faked.” 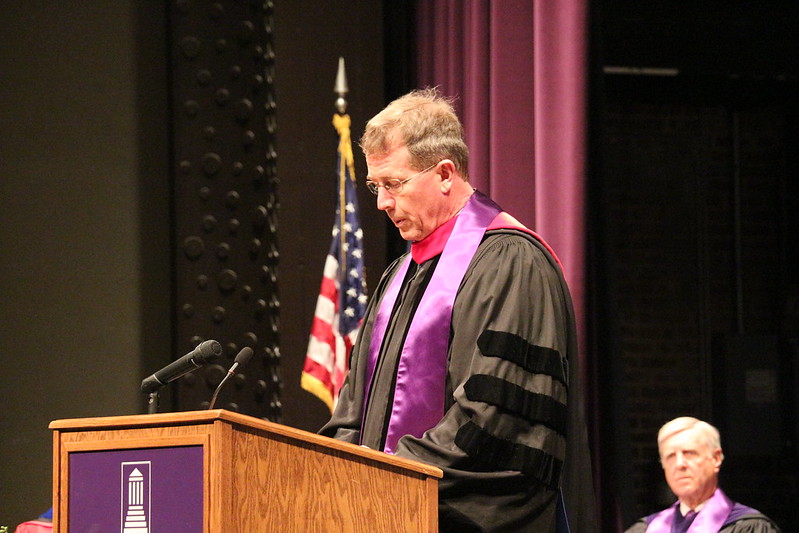