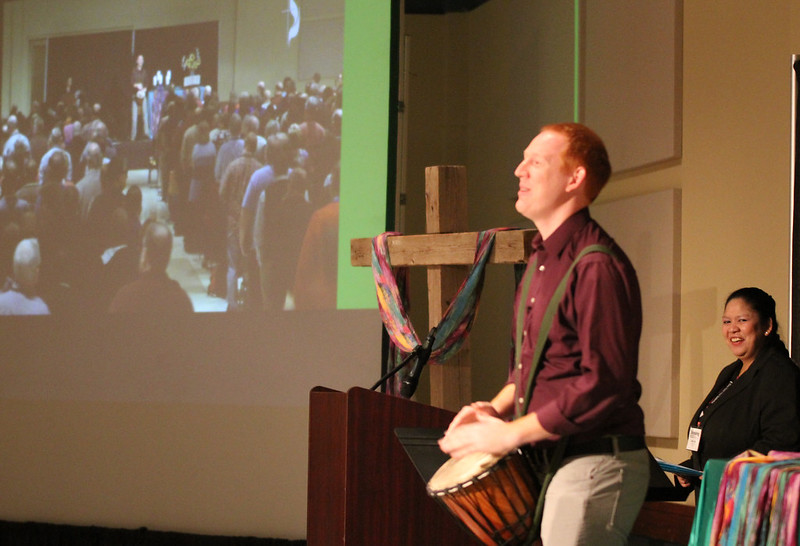 Thinking outside the proverbial box to attract new and younger disciples of Jesus Christ was an overriding theme of this year’s Orders & Fellowship gathering, Jan. 18-19 at the Bicentennial Center in Salina, Kansas.

Young people discontented with their church is nothing new, said Dean, professor of youth, church and culture at Princeton Theological Seminary. It’s what prompted a 33-year-old Martin Luther, whom Dean dubbed a “medieval tech nerd,” to print and distribute his thoughts that led to the Protestant Reformation.

She encouraged modern-day pastors to “flip the church on its head a little bit” in ways to accomplish their ministries. That includes, she said, flipping the script to where youth ministry leads the way and is the “research and development arm” of the church.

In one of many illustrations of successes from across the country, Dean pointed to a youth ministry that began from an associate pastor on the East Coast. After a cut in pay, he began working for a fisherman to earn extra money. Youth in the church began to fish with him, and eventually the church paid him to fish – as well as mentor and guide the young people in both spiritual and rod-and-reel techniques.

Other ministries that have spawned from an entrepreneurial spirit, she said, include:

The last time many people in the former Kansas East Conference saw Stephen Cady, he was wearing his trademark Superman T-shirt and carrying a yo-yo.

“I left those at home,” said Cady, senior pastor at Asbury First United Methodist Church in Rochester, N.Y., “just to show you that I have grown.”

Cady brought with him the results of his doctoral thesis, primarily asking young people what bores them about church and if they feel like they’ve experienced God in the worship settings.

“Parents and leaders know how miserable their young people are,” Cady said.

Teens, Cady said, love their youth group and perceive God’s presence there – but feel “extremely disconnected from the rest of the conversation.”

One-hundred percent of the young people surveyed, Cady said, dread the sermon the most in the worship setting. Secondly, he said, young people don’t feel like they have a connection with other church members or clergy, with the exception of the youth minister.

“They’re willing to forgive a bad sermon,” Cady said, “if you take the time to get to know them.”

Cady gave two secular examples that the church could use to connect with young people: Cady, a native of Olathe, Kansas, will return to expand on his findings at the Great Plains Annual Conference session June 7-10 in Grand Island, Nebraska.

Eight workshops offered during Orders & Fellowship included “How Your Church Can Turn a Hare-Brained Idea into a Sustainable Ministry” and a question-and-answer session with Dean; “Generational IQ,” led by the Rev. Nicole Conard, coordinator of young leadership development for the Great Plains Conference; Mentor Training, conducted by representatives of the Board of Ordained Ministry; “Searching for Unicorns,” on finding youth ministry staff, by Shane Hinderliter, youth ministry coordinator for the conference; basics of live streaming and social media, by the Rev. Bill Gepford and the Rev. Melissa Gepford, from Tonganoxie UMC in Kansas; and “The Church’s Song,” led by Brian Hehn, Dallas, director of the Center for Congregational Song.
Hehn also led worship in two days of the Orders & Fellowship gathering, delving into world music and leading the congregation in John Lennon’s “Imagine.”

David Burke is communications coordinator for the Great Plains Conference. Contact him at dburke@greatplainsumc.org. 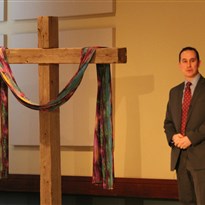