Retired judge, active in UMC and social issues, dies at 91

A retired federal judge, active in the United Methodist Church in his personal life and overseeing more than 100 cases against Native American activists in his judicial career, died July 28, 2017.
Judge Warren Keith Urbom died at age 91 in Lincoln.

Urbom was active in his home congregation of Trinity United Methodist Church in Lincoln, where he taught adult Sunday school since 1957. He was also a delegate of the former Nebraska Conference to six of the seven General Conference sessions from 1972 to 1996, as well as a seven-time delegate to the Jurisdictional Conference. 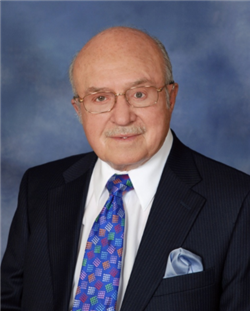 As a judge, Urbom was appointed as chief judge of the Court of Appeals to help dozens of the cases as a result of the Wounded Knee takeover in South Dakota. After three months overseeing trials in Sioux Falls, South Dakota, he moved the cases to Lincoln so he could be closer to his family.

For seven months, beginning in July 1974, he oversaw trials in Lincoln. According to a 2012 interview with the Lincoln Journal Star, Urbom gained the respect of the Native American people by holding a hearing of the potential impact of the 1868 Fort Laramie Treaty on the cases against the defendants.

“They argued that American federal courts had no jurisdiction to be trying these cases,” Urbom told the newspaper in 2012.

He was active in many aspects of the church at both the local and national levels. He served many community service organizations. He held various leadership roles at Nebraska Wesleyan University including chairman of the Board of Governors, member of the Board of Trustees, and Life Governor. He was an adjunct instructor in trial advocacy, University of Nebraska College of Law. He received a multitude of honors and distinctions during his lifetime. Some highlights include the election to the American College of Trial Lawyers, the Inns of Court Foundation's Lewis F. Powell Jr. Award for Professionalism and Ethics, the Liberty Bell Award from Lincoln Bar Association, the Distinguished Service Award from the Kiwanis Club of Lincoln. In his book, “Called to Justice: the Life of a Federal Trial Judge,” Judge Urbom demonstrated his life-long loves of language, law, family and his pursuit of justice.

Survivors include three daughters and a son, as well as 12 grandchildren and eight great-grandchildren.