“I’m very excited about the skill sets, perspectives, and diversity of the group — age, gender and ethnicity,” Bishop Saenz said. “I’m excited about the different gifts they all bring, their unique pastoral experiences, the contexts they’ve been in, and how they will all add to the cabinet to move the conference forward.” 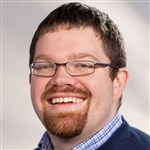 Turning 36 in March, Anderson is the youngest district superintendent in the seven-year history of the Great Plains Conference.

Bishop Saenz said Anderson will bring a new perspective to the cabinet.

“When we talk about the church of the future, oftentimes we don’t allow for the voice of those who will live into that church to be present in the conversations,” the bishop said. “He’s wiser beyond his years. He’s a strategic thinker, a long-range planner. He pulls people together and does visioning. I’m excited about having Zach’s voice, experience and perspective at the cabinet table, especially as we move into the new era for the church.”

Anderson replaces the Rev. Don Hasty, who is returning to local-church service after completing an eight-year term on the cabinet.

“I think I bring a perspective that’s probably quite different than before,” said Anderson, who has been in pastoral ministry since 2008 and has been pastor at Goodland UMC since 2017. “There’s not a lot of my peers in the pews as lay members. We’re missing that dynamic. For my friends who have left the church over time or become lapse in their practices, what we can possibly do to reach out and bring people back in?”

A Wahoo, Nebraska, native, Anderson got a call from Bishop Saenz with the appointment as he was en route home from his grandmother’s funeral in Nebraska. He and his wife, Nicole, have a daughter who will turn 2 in March. They will live in the district superintendent parsonage in Dodge City.

A graduate of Doane College and Saint Paul School of Theology, Anderson served an internship as the assistant to the campus minister at Baker University. He served a three-point charge in Denton, Pleasant Dale and Raymond UMCs in Nebraska from 2008 to 2011, was an associate at Papillion St. Paul UMC (serving under the Rev. Dr. Nancy Tomlinson, now Blue River District superintendent) from 2011 to 2013, and at Omaha Hanscom Park UMC from 2013 to 2017, before being appointed at Goodland.

Anderson has spent all but one year since 2000 as a member of the conference Council on Finance & Administration, most recently serving as its chair. Bishop Saenz credited him as instrumental in CFA’s support of the Doing Justice Initiative. A former Peace with Justice coordinator, Anderson also was a clergy delegate to the General Conference in 2016 and was elected as a clergy delegate for the Jurisdictional Conference for 2020.

“He’s very much aware of the issues facing the church into the future,” Bishop Saenz said. 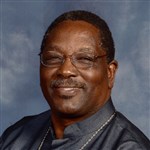 When Murithi got the call from Bishop Saenz, whose cell number is in the 316 area code for the Wichita vicinity, the pastor was puzzled because he didn’t know anyone in Wichita.

“I started to panic, and I asked, ‘Bishop, am I in trouble?’” Murithi recalled.

Once the appointment was shared for Murithi to succeed the Rev. Lance Clay as superintendent of the Prairie Rivers and a portion of the Elkhorn Valley district, “It was the surprise of the year,” Murithi said.

A native of Kenya, Murithi worked for the government for two years as a lab technician before coming to the United States, earning his master’s degree and doctorate in ministry, with an emphasis in evangelism, from Perkins School of Theology at Southern Methodist University.

His first appointment was in 2000 in the former Nebraska Conference, to Henry and Morrill UMCs, “the last churches before you get to Wyoming,” he said.

Murithi moved to Norfolk First, Norfolk Westridge and Battle Creek in 2005, to Alliance and Lakeside in 2010, and has served in Nebraska City since 2012.

“Charles has got a breadth of experience as a pastor,” Bishop Saenz said. “He always manages himself with a lot of professionalism, and he’s highly proven at what he does. He’s deeply devoted to Christ and he is a person of integrity. The joy of Christ radiates in him.”

The bishop said Murithi is an ideal person to be “pastor to the pastors.”

“Charles is a wise soul that will help churches find a way forward in the midst of potential conflict,” Bishop Saenz said. “When you speak to Charles, he speaks out of incredible depth of faith, life experience, and understanding.”
Murithi, 61, and his wife, Lydia, have two adult daughters — one who works in health care insurance and another who is a lawyer. His wife and daughters use his middle name, Kathurima, as their last names — a Kenyan tradition, he said.

A clergy delegate from the Nebraska Conference to the General Conference in 2012, Murithi said he was appreciative of being named a district superintendent.

“I’m a team player who appreciates every individual’s efforts when they are for the good of the whole team,” he said. “I’m a good listener, too, because sometimes there’s too much noise around that you really need to listen and hear what’s going on.” 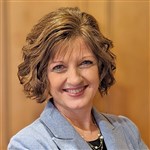 Rice Ratzlaff’s call from the bishop came as she was in the middle of a four-day meeting of the conference’s Board of Ordained Ministry, or BOOM, which determines recommendations of candidates for ordained ministry.

“I really didn’t know what to say, and that is unusual for me,” she said with a laugh.

“Once I got back to my Zoom meeting and seeing all the faces of the candidates we were meeting and the board, there was something about seeing that connection while getting that call that was really meaningful,” she said.

“I just care deeply about pastors,” Rice Ratzlaff added. “I know what it’s like to just work so hard in the local church, and I want to be a supportive presence for clergy.”

Rice Ratzlaff will follow the Rev. Dee Williamston, who last month was announced as director of clergy excellence and assistant to the bishop as of July 1, as superintendent of the Hutchinson and Salina districts.

“District superintendents are an extension of the office of the bishop. They oversee the total ministry of the clergy and of the churches in the communities of the district in their missions of witness and service in the world. And they relate to people across all theological spectrums. I want somebody that can pull people together, that can coach others, that can work with groups to help them accomplish great things for Christ’s mission,” Bishop Saenz said. “Karen checked all of those boxes.”

Bishop Saenz praised Rice Ratzlaff as being “highly relatable” with a passion for leadership development.
“Karen is an amazing, gifted person that has tremendous communication skills and can convene people and help them accomplish great things,” he said.

Being named as a district superintendent, she said, “connects me deeply to the heart of the church in our conference — that sense of what the church is going to become. I felt really scared and really excited at the same time.”

Rice Ratzlaff has what she calls “just a deep love for all the life-giving aspects of the church.

“I can’t give up on the church and what we are called to be together,” she said. “I love thinking about vision and missional alignment. Those are my favorite things because of the excitement that generates and the clarity that brings for next steps and hope in a congregation.”

A farmer’s daughter who grew up north of Goodland, Rice Ratzlaff earned a bachelor’s degree from Bethel College and her master’s degree from Saint Paul School of Theology. In January, she began work for her doctorate in ministry from Garrett Evangelical Theological Seminary, concentrating in spiritual direction.

After a little more than three years as an associate pastor at Wichita Calvary UMC, she served 22 years — 16 as associate, six as senior — at McPherson UMC.

“Having that long-term partnership, really over the course of a lifetime, built a kind of trust in the church and in the community,” Rice Ratzlaff said, adding that she has performed weddings for church members that she baptized as infants – a rarity in the itinerant United Methodist system.

She is proud of the work that McPherson did with justice ministry surrounding poverty. Steps to End Poverty in McPherson County, formerly known as Circles, has assisted many individuals in the area, she said.

Rice Ratzlaff stepped away from pulpit ministry in 2019, and in 2020 joined the staff of the Wichita-based SoCe Life for its Good Neighboring Movement, leading cohorts of churches.

“I’ve always been passionate about community engagement, particularly building relationships with people across class lines,” she said. “I think being a part of the Neighboring Movement reminds you of how many communities we’re connected in as the church and how the gifts in our community really point the way for our churches.”

Rice Ratzlaff, 53, lives in her husband’s hometown of Moundridge, where he is a physician. They have three grown children: one entering medical school residency, another a middle-school English teacher and the youngest a junior at the University of Kansas.

The location is ideal for the superintendent posts, she said, since it is 45 miles from Salina and 35 miles from Hutchinson.

“Karen is from that area so she knows that area extremely well,” Bishop Saenz said. “Her time to on-board to know the churches and know the pastors is almost going to be non-existent. She can step in there Day One and know who people are, where the churches are, and what they’re doing.”

Bishop Saenz said he is looking forward to working with Anderson, Murithi and Rice Ratzlaff as they further Christ’s mission in the Great Plains.

“They’re all successful, much-beloved and will be highly effective district superintendents,” the bishop said. “I am extremely, extremely overjoyed and excited about what these three new cabinet members are going to bring to the cabinet and the amazing work they’re going to accomplish in their respective districts and together as part of the cabinet team.”