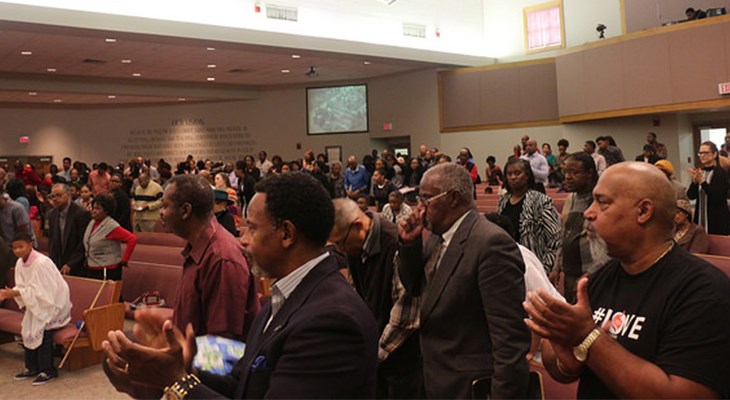 Saint Mark United Methodist Church is hoping for a “RISE” – literally, figuratively and spiritually – in 2018.

The Wichita church, the largest African-American church in the Great Plains Conference and one of the flagships in the country, is spending the year focusing on its mission and evangelism while reaching out more into the community, said its pastor, the Rev. Robert Johnson.

RISE will be introduced at the Wichita church, at both its main and southeast campuses, with Sunday services Jan. 7 that include guest performers and further illustration of the plan. 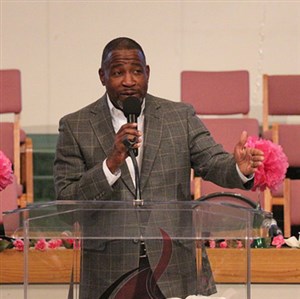 “It’s revisiting and relaunching ministry here at the main campus,” said Johnson, who has been the Saint Mark pastor since August 2016. “But also for the overall vision of evolving into a two-campus church with two fully functioning, fully growing ministries.”

The southeast campus, brought about by a merger with the former Epworth UMC in 2013, now has its own pastor, Ronda Kingwood, and staff members in place.

For Johnson and the congregations of Saint Mark, RISE comes about after a vision process that began on Pentecost Sunday last June. The church had to face the fact that membership size, attendance and giving were slipping, he said.

“We had to get the congregation to embrace reality,” Johnson said. “They knew it, but it was kind of an unspoken reality.”

RISE, he said, includes a reigniting passion for evangelism, excellence in Sunday worship services, revitalizing youth, children and young adult ministries, and “re-visioning how Saint Mark can continue its legacy of leadership in the community and in the city of Wichita.”

Saint Mark is going to build on and increase its partnerships in Wichita, Johnson said, including working with Wichita State University for justice and advocacy issues, as well as the group Working Men of Christ Inc., which houses ex-offenders and needs someone to oversee each house, Johnson said.

The church also will focus on giving, including a five-point plan of money management for its members: Diminish debt, save, invest, pay it forward and leave a legacy. Finances will be mentioned every week during services and in a monthly workshop, Johnson said.

“Saint Mark is an economically challenged community. As we reach out to the people in our community, we want our congregation to empower them financially,” he said.

Saint Mark also will host a Martin Luther King Day celebration on Jan. 13 along with the Kansas African-American Museum, featuring a performance by the Wiley College Choir from Texas. Also on the schedule is a town hall for youth and parents to see how churches can partner with other entities to provide ministry to youth, children and families, Johnson said.

RISE, Johnson said, will last at least a year. He said he has penciled in plans for three-to-five year versions as well.
“Sunday is the launch, (where we) officially launch a new era of ministry,” he said.