COMMISSION ON A WAY FORWARD with Bishop Ruben Saenz Jr. from Great Plains UMC on Vimeo.

Bishop Ruben Saenz Jr. prepared the following statement to the people of the Great Plains Conference in relation to the release of the report from the Commission on a Way Forward to the Council of Bishops. The letter was to be released as soon as the report was translated into the official languages of the church. However, the Judicial Council posted the commission's report as part of its posting of documents leading up to the Judicial Council's next meeting. Therefore, the bishop invites you to view this video now and to read the full Commission on a Way Forward report.

Sisters and Brothers of the Great Plains Conference,

As part of the Judicial Council’s procedure for releasing documents pertinent to upcoming rulings, the full report from the Commission on a Way Forward has been released for public viewing prior to its translation into all the official languages of The United Methodist Church, as had been the intent of the Council of Bishops.

The report is now available for review and for prayerful consideration by clergy and lay delegates, as well as people of our denomination, as we move closer to the special session of General Conference, called for Feb. 23-26, 2019, in St. Louis.

Please read the full report here. I also have shot the accompanying video to share some thoughts with you as we discern how to move forward in unity as The United Methodist Church.

I want to publicly thank the members of the commission for their work, and I ask all of you to pray for our denomination as we make important decisions regarding human sexuality.

I also invite you to send any questions or comments you may have regarding this presenting issue to our General Conference delegation at gcdelegates@greatplainsumc.org. It is important that the people representing our conference know what their constituency is thinking as they and others from around the world make such important decisions.

Finally, I invite you to attend one of our town-hall meetings, starting in August and going through November. You can find the locations, times and dates here.

Thank you for taking the time to read the commission’s report, for watching my brief video and for your prayers. Regardless of decisions made in February, we will remain focused on our mission to make disciples of Jesus Christ for the transformation of the world. We will continue our work, wherever our mission field is, as faithful followers of Christ. 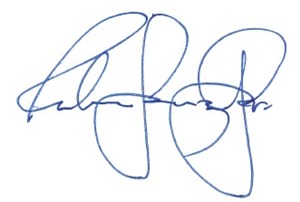 The final report of the Commission on a Way Forward has been released in English, French, Portuguese and Swahili; all four official languages of the General Conference. The report will be presented to the 2019 Special Session of General Conference. Here is a statement from the moderators of the Commission and the President of the Council of Bishops on the release of the report:

“To the People of The United Methodist Church,

“We offer the final report of the Commission on a Way Forward, translated in the four official languages of the General Conference of The United Methodist Church: English, French, Portuguese and Swahili. In the Nicene Creed, we are taught the marks of the church—one, holy, catholic and apostolic. We are catholic in that we care not only for the parts of the church, but more significantly for the whole. We have refrained from commenting about the plans contained in this report until the time when our sisters and brothers could read this in their own first language. With this distribution, we give thanks that this work can now begin, and we can have a conversation that represents our global and catholic nature—more fully who we are as The United Methodist Church.”