The Chabadza Covenant is named for the Shona word "Chabadza", which roughly translates to people in relationship working alongside each other for mutual benefit. Chabadza is given only to people whom you know, and it is given because when one person succeeds, both people succeed.

Patterned after other similar partnerships around the country, the document invites partnerships to be formed at many levels. This is the first partnership of its kind for the Zimbabwe East and Kansas West annual conferences. While other conferences are working in Zimbabwe East, none are proposing such wide-spread partnerships. The Chabadza Covenant Resolution was adopted May 26, 2010.

Congregation-to-congregation: Congregations in Kansas West and in Zimbabwe East are invited to partner with each other for prayer, educational exchanges, mission work and financial support..

District-to-district: A district may choose to adopt a district in the other annual conference for prayer, educational exchanges, mission work and financial support.

Pastor-to-pastor: Pastors are invited to connect with pastors in ZImbabwe for direct prayer support, mutual learning, and when needed financial support. This type of partnership would be patterned from the Mutare Connection between the Hutchinson and Mutare districts. During a time of economic turmoil, pastors in the Hutchinson District took a collection and sent the funds to be distributed to the pastors of the district to enable them to continue to minister.

Continue to pray for the pastors and churches in your partner district and to share the information with clergy and lay leadership in your own district.

Learn more about the Zimbabwe Episcopal Area on their website: www.umczea.org.

A group of 15 from the Great Plains Conference including Bishop Scott Jones traveled to Zimbabwe to join with the two annual conferences in an historic gathering called the Ebenezer Convention.

Bishop Eben Nhiwatiwa has dreamed of bringing all United Methodists in Zimbabwe together for a time of worship, fellowship and celebration of 117 years of United Methodist ministry in Zimbabwe. His dream will be realized Aug. 15-17 in Harare. The Great Plains Conference has a chabadza partnership with the Zimbabwe East Annual Conference.

Click the image below to open an album from the convention. 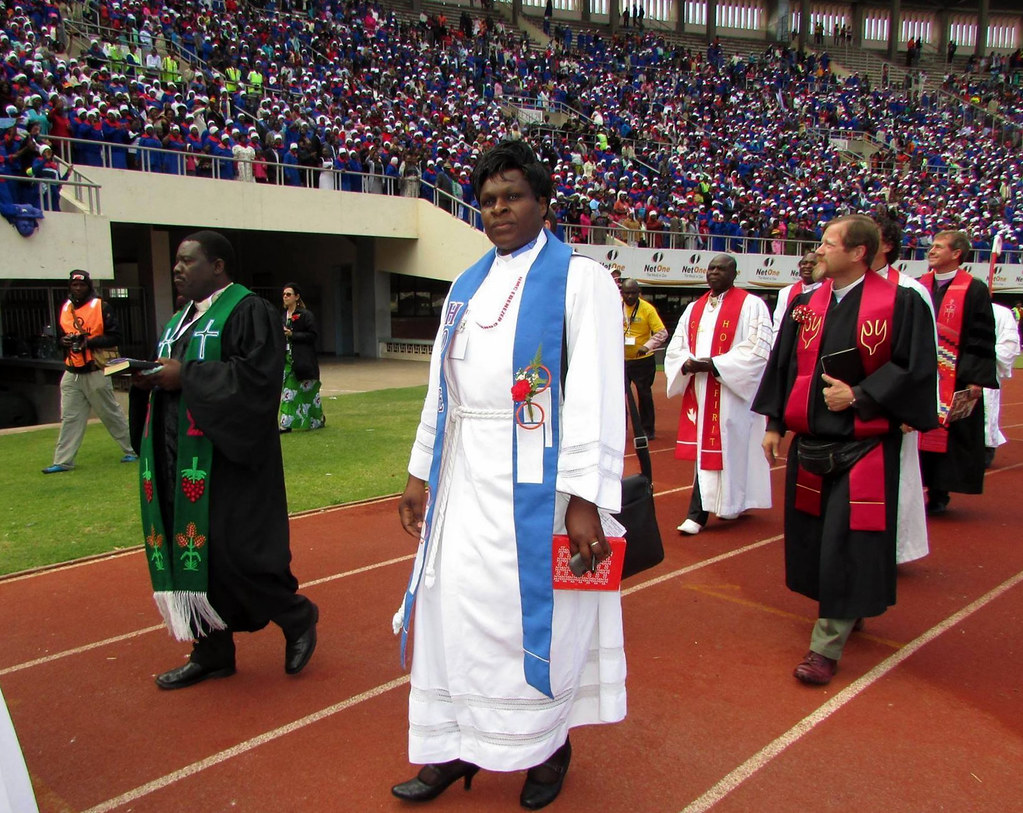